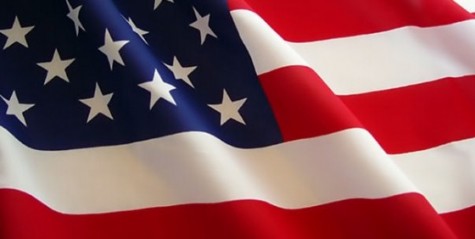 "This concludes our broadcast day..."

Ah, Independence Day. It’s a time to grill up some hot dogs, dance around the sprinklers in the balmy summer heat and remember why we’re proud to be alive in such a wonderful, free country.

…Or we could just take the time to mock how freakin’ dumb we ‘Mericans  are. Yeah, let’s do that.

There’s plenty of opportunity for patriotic mockery in Sega’s roster. Some of these characters are just blatantly American-inspired in both design and personality, while others just proudly sport that cliché American ignorance like it’s a boyscout badge. Whatever the case, get ready to put on a flag pin, grab a hotdog, and salute the ol’ red white and blue cause it’s time for Sega’s Top 10 ‘Merican Characters! 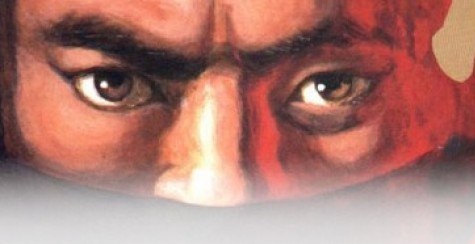 10.) Joe Musashi (Shinobi) – Did I stutter?  Well, I’m typing, so that’s kind of impossible, but you get the gist. Yes, I know I’ve got a lot of gall calling the central personality of Sega’s premier ninja sidescroller one of the company’s most ‘merican characters, but just hear me out.

Joe Musashi is proof positive of just how easy it is for us Americans to appropriate things from other cultures and call them our own. Slap “Joe” on any character, and any and every American will immediately assume that this person is donning a grease-stained baseball cap and chomping on Doritos (another shining example of gross cultural misappropriation) while sitting on his broken John Deere rider in an overgrown backyard.

Ninjas have always been popular in the US, partially because they come packaged with the perpetual promise of imminent bloodshed, and partially because Americans are fascinated with the foreign concept of stealthy killing. American murder is traditionally boisterous and usually involves large firearms, so the concept of a ninja dropping in from the inky shadows is so novel that we all fantasize of the day when some regular Joe Six-pack can pull off said task without spilling his Budweiser.

With a ninja named Joe, that outlandish concept is at least partially satisfied. 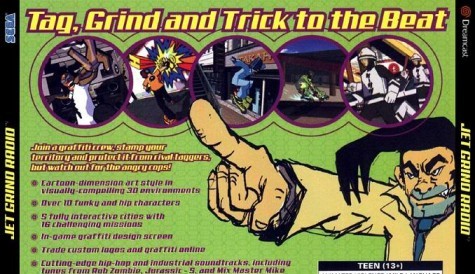 9.) Captain Onimusha (Jet Grind Radio) – Yep, another Japanese name on an American list.  Think about it, though.  I know the detective/police chief tropes of this type aren’t exclusive to the US at all, but there’s something about Onimusha’s bumbling personality that is so staunchly 1940’s New York City film noir. While I’m tempted to blame his oversized trench coat, his grizzled appearance or his willingness to fire that footlong revolver at a bunch of harmless teenagers, I’m pretty sure that the primary reason I identify that fumbling little bastard with the red white and blue is the emphatic “DAAAAMN” he bellows out every time you escape his grasp. It just reminds me so much of my more rebellious days on the streets of Harlem. 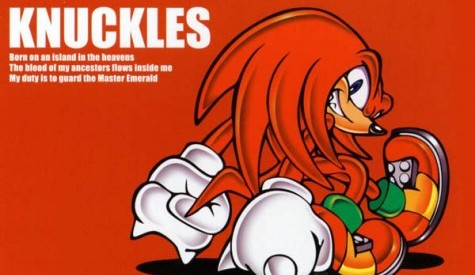 8.) Knuckles (Sonic The Hedgehog series) – I know, I know. It couldn’t be one of my articles without some mention of ol’ No Chuckles Knuckles.

But hey, this is Independence Day, and what kind of red-blooded American would I be without mentioning the utmost bastion of independence in the entire Sonic franchise? That’s right. I’d be a traitor.

No matter how many times he teams up with the Blue Blur, Knuckles has never remained consistently tied to anyone. As the solitary defender of the Master Emerald, his only concern is remaining faithful to his duties. Knuckles will fight alongside anyone who promises to help him do what he believes is right, no matter how evil that temporary ally has proven to be in the past.  Knuckles is a diplomat at heart, but is willing to drop any and all allies if they decide to get in the way. What’s more American than that? 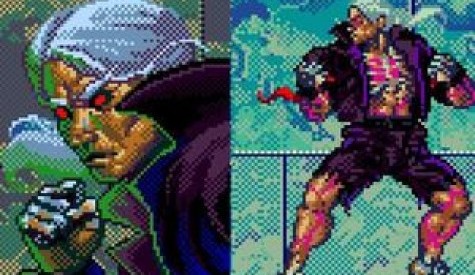 7.) Midknight (Eternal Champions) – Midknight embodies a cross-section of two of America’s most tragic legacies – The barbaric and heartrending events of the Vietnam War, and the equally upsetting modern teen obsession with sulky vampires. I’m not sure which of these events makes me frown harder.

Mitchell Knight was once a biochemist and worked for the CIA. During the war, Knight was employed to engineer an insidious biological weapon with the intent of contaminating North Vietnam’s water supply. The plan backfired, transforming him into a vampire. Wait…What? Was the US government trying to transform all of North Vietnam into a kamikaze army of bloodsucking night-beasts? Well, I’m glad they failed then.

Anyway, Mitchell Knight now goes by the appropriately brooding moniker “MidKnight,” effectively mixing two of America’s most gloomy archetypes into one gothish puddle of self-mutilation and PTSD. I know that Midknight is actually originally from London, but his corrupt actions and thoroughly depressing story are undeniably American. 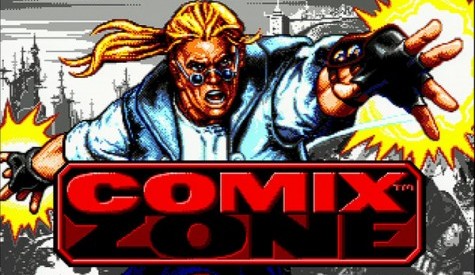 6.) Sketch Turner (Comix Zone) – Sketch Turner was the guy that all my friends wanted to be in the 90s. In addition working as a comic book artist, Sketch was also living the American dream of playing for a badass rock band and having a long blonde ponytail. Sketch is that type of character who uses his ubiquitous American qualities – unerring confidence, obnoxious in-your-face personality, stylish yet corny appearance – to make up for his hopeless “starving artist” poverty. Everyone wants to be him… that is until they visit his apartment for the first time.

Even after his adventures in Comix Zone, Sketch Turner remains Sega’s most obvious portrait of the America’s profound disparity of wealth. The fact that he actually has the ability to literally fight through the pages of comic books is irrelevant. We all know that Sketch is still working at his local Taco Bell, doodling on napkins on his half-hour lunch breaks and tying his withered ponytail up to keep it from falling into the Cheesy Gordita Crunches. 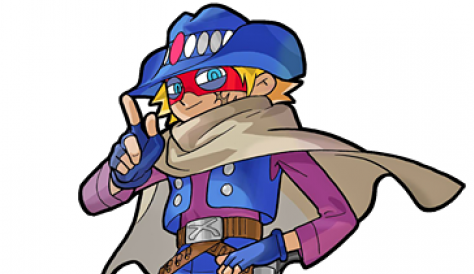 I usually find it intensely hilarious when Japanese developers try to emulate American tropes and fall flat on their faces.  Many would argue that this is what happened with Accel.  Sure, they hit the Clint Eastwood-shaped target marginally successfully, but then the guy transforms into a freaking robot on wheels. 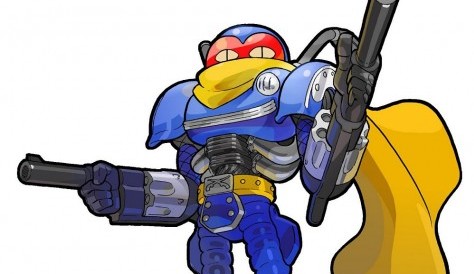 Then again, isn’t there some other blue, thoroughly American robot that we’re forgetting?  Hmmm… 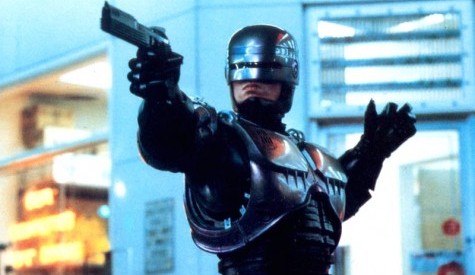 That’s right.  Accel is the cross-section of John Wayne and goddamned Robocop. If that’s not American, I don’t know what is. 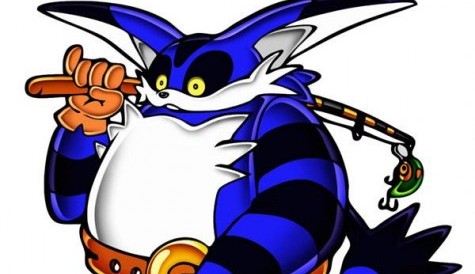 4.) Big the Cat (Sonic Adventure) – This one should really be one of the most obvious inclusions on this list. There isn’t a single hair on his blue back that isn’t coursing with American personality… or at least American clichés.

Think about it. Big the Cat is a morbidly obese idiot who loves to sit on his ass and do nothing but fish all day. If that’s not enough for you, the guy is a literal embodiment of the hippie’s #1 go-to American condemnation – a capitalist “fat cat.”

Throw in the fact that he shares a voice actor with none other than Duke freakin’ Nukem you’ve got a character marinating in his own patriotic cat turds. Could it be that we’ve only been bashing this guy for so long simply because we feel such shame for carrying all the same American traits?

Oh wait, no. It’s because of those shitty fishing stages. My bad.

3.) Jack Cayman (Madworld) – Platinum Games have been shooting at the American personality dartboard for years now.  Whereas most might try to shoot that thing with a single meticulously aimed dart, these Platinum Games are blasting in every direction like a manic gangster wielding a tommy gun. Fire enough bullets and you’re bound to hit something eventually. As it turns out, apparently all they needed to do this whole time was replicate Frank Miller’s Sin City.

Jack Cayman ticks just about every box on the American Badass Checklist. Does he don a ragged leather jacket?  Yep. Is there ever a moment where he doesn’t have a cigarette dangling from his cracked lips? Nope. Are his tattooed muscles comparable to Marcus Phoenix’s?  Surely. Does he have a freaking chainsaw connected to his freaking arm? You betcha. If all that isn’t enough, Jack is also a rogue agent, a former marine and former cop to boot. Good lord, Platinum, calm down already. Not only did you hit that dartboard; you blew a hole straight through the back wall of the pub. 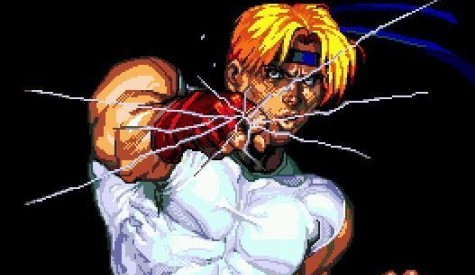 2.) Axel (Streets of Rage) – There’s hardly a moment in the Streets of Rage series that doesn’t make you want to pledge allegiance to Sega and The United States of America.  This series could just as easily have been called Barroom Brawl: The Videogame. It’s hard to pick just one example of this game’s patriotic muscle, but Axel probably sums it up the best.

Like the aforementioned Jack Cayman, Axel is a former cop. His bio claims that he’s a master of martial arts, but I suspect that it’s the Patrick Swayze Road House kind, not the hi-ya Bruce Lee kind. He shares a name with the lead singer of Guns N’ Roses.  He wears the classic 90s tank top/jeans combo. His eyes are bright blue, his hair bleach blonde. I bet you anything that the he keeps a Motley Crue tape in his car stereo.

Uncle Sam ain’t got nothing on this guy. 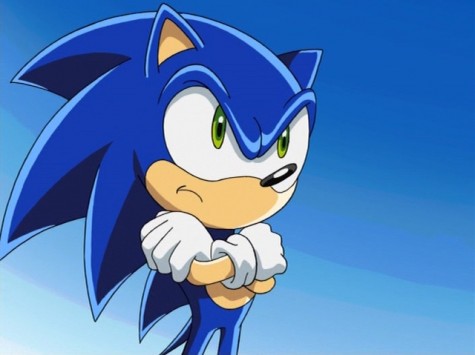 Above anything else, though, is Sonic’s profoundly American ignorance. No matter what anybody says, Sonic is utterly oblivious to the world outside of his own. Even as his developers think up new molds and cover everything with brand new coats of paint, Sonic absolutely refuses to alter his personality even slightly. Maybe if he shut up for a bit, people could learn to put their trust in him once again.

You see, despite the fact that many of us are still unabashedly excited about anything and everything Sonic-related (I include myself in that number), there are still a handful of former fans out there who are predisposed to hate the guy. This is not solely due to the fact that so many of his games fell flat in terms of quality.  It’s also because Sonic has never really come out and admitted that his teen years were kind of terrible. Sure, his games are generally in a much better place now, but that overly smug, unironic sense of ‘tude and swagger remains, and it’s rotting his once-loveable persona to its very core.

It’s time for Sonic to step back, look at his life, and re-evaluate just how he goes about presenting himself to the rest of the gaming world. No matter how good his games get, people will never again feel connected to him unless he learns a little humility.

See? I could have switched out the word “Sonic” for “America” in almost every one of those sentences. This is proof positive that Sonic the Hedgehog is Sega’s most American character. So there.