Being the gaming history nerds we are, this is the type of stuff we love to highlight. Greg Stewart of the Player One Podcast has started “Generation 16“, which promises to be an extremely well produced series of videos chronicling the history of Sega’s fortunes during the 16-bit era.

In this first video, Greg Stewart examines the transition from the modest success of the Master System line of home consoles to the Genesis / Megadrive, and all the various factors Sega had in their favor as they sought to capture markets around the world and challenge Nintendo’s dominance in the United States and Japan.

It is not all extra credits and easy power-ups, though. Generation 16 examines the mistakes and missteps in as much detail as the more celebrated moments in Sega’s 16-bit history. Both Sega’s business decisions as a company and the software they produced as a developer are scrutinized.

If you have a hankering to bolster your Sega history cred, Generation 16 will be a good place to start. 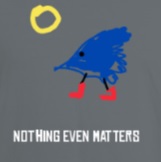 Sega Addicts Episode 99- Nothing Even Matters