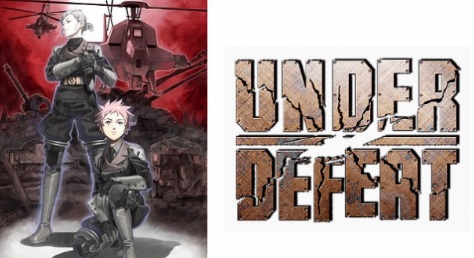 I know every gamer says this, but Japan really does get all the awesome stuff, and this re-release is no exception.  Under Defeat was labeled “the final Dreamcast game” back in 2006 as it was one of the final retail releases for the system.  Controlling a helicopter in this vertical “shmup,” based on an alternate WWII, players actually take the role of German-speaking soldiers of the “The Empire” fighting against English-speaking soldiers of “The Union.”  Japanese gamers and importers alike can relive Under Defeat with a regular and collector’s edition due out February 23rd.  For ¥8,379 ($108, £71), collectors will receive two bonus discs: “Insanity DVD Under Defeat” and “New Order Soundtrack CD.”  The bonus discs will be packaged in a design similar to the original Dreamcast packaging.  The regular version of the game will run ¥5,880 ($76, £49).  Anyone plan on importing this bad boy in honor of the Dreamcast?  Or perhaps for my birthday? *puppy dog eyes*

Top 5 Games That Could Have Saved the Dreamcast