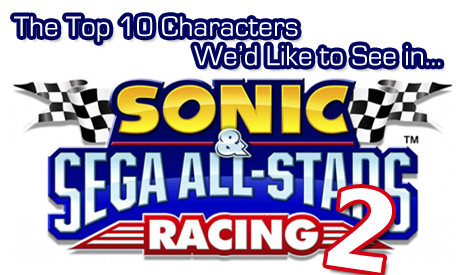 With very convincing evidence that a new Sonic & Sega All-Stars Racing game is in the works, we’ve got the itchin’ to brainstorm what characters we’d like to see in the sequel. The first game was an amazing experience for Sega fans, with characters and references to games showing up from Sega’s entire history.

Even with that said there’s still a ton of Sega licenses fans would love to see in the sequel. Hit the jump to read our top 10 characters we’d like to see in the game. 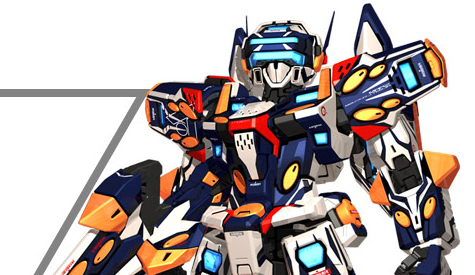 Flake: Before Armored Core there was Virtual On. Two robots enter, one leaves. Mechanical death set to techno music. Virtual On was a series that took in coins, gave people a reason to buy the Sega Saturn, and sold a lot of highly specialized (and insanely expensive) twin-stick controllers.

Inclusion of one of the Virtual On robots would be pretty rad: A cool transforming sequence would be necessary if the robots were going to race as cars – or maybe just have them use verniers to fly through the courses. For a character specific ability, the robot could maybe fly ahead on a pre-determined path and allow the player to outflank other racers and slap them around with a laser sword. At any rate, Virtual On should be included if only because application of more robots has never failed to make something better. 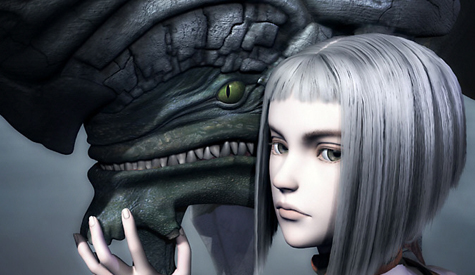 Scott Morrison: Orta from Panzer Dragoon Orta would pilot her dragoon for the Sega All-Stars Racing sequel.  Having poor acceleration, Orta would be one of the faster drivers with decent handling.  Orta’s different color schemes would actually be the different forms of dragoon from her game (Base Wing, Heavy Wing, and Glide Wing) and would slightly effect the control of Orta’s dragoon with Heavy being a bit slower but easier to control and Glide Wing being the fastest but more difficult to control.  As her special power, Orta’s dragoon would go into a berserker rage and stun all enemies on screen, giving her a brief advantage. 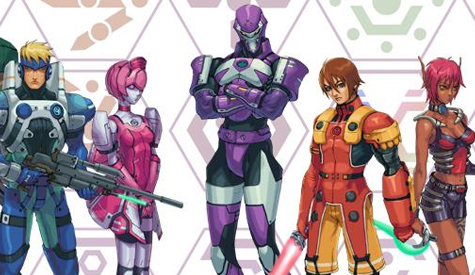 Sven Wohl: Since Phantasy Star is one of those franchises that don’t get that much attention in the West, having some characters of this long running series in the kart racing game would be a great idea. Now, I’m in favor of including Chelsea in anyo form or shape, but pretty much all the characters from the portable series or even the old Genesis games would do fine. This is ostly due to the Anime aesthetic that has always been present in this series. Maybe some lightsaber-esque stuff would give the gameplay a unique twist too? 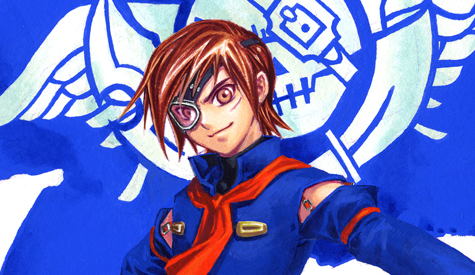 7. Vyse from Skies of Arcadia

Josh Newey: It’s surprising to me that Skies of Arcadia is so rarely referenced by Sega in their mash-ups. It’s a franchise that Dreamcast fanatics consistently point to as one of the company’s greatest successes, and while it remains unplayed by several Sega fanatics (myself included), it’s widely considered to be a glowing corner of Sega’s storied gaming library. Sega did hint in the past that Vyse could have been a consideration for the first Sega All-Stars Racing, and to me that means he has to at least be on the peripheral for their potential roster this time around. To me, Vyse has the most recognizable face of anyone in the series, and including him in this kart racer is likely to garner a bit more interest in the game from folks with a background that lacks the sacred orange swirl. His personal track could have players racing on the deck of his expansive ship. His weapons could include cannon balls, swords, and harpoon cannons. I haven’t figured out what he could ride yet, though the concept of him sitting atop an adorably tiny ship has me cooing like a overzealous granny. 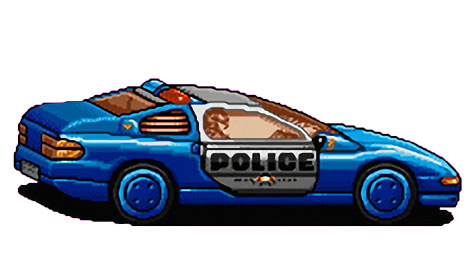 6. The Special Attack Cops from Streets of Rage

Stevie Grant: Beat em Up characters? In a racing game? How’s that gonna work? Shut up Stevie, go away! But wait because there are some Streets of Rage characters that did cruise around in a car! You know the special attack cops that could help you out with a rocket launcher and then just drive off? Yeah them! Think of it, it makes perfect sense! You could attack other Sega racers with the rocket launchers, and your super attack could be summoning Alex, Blaze, and Adam to help you out and punch some cars. You read that right. Special attack characters summoning the main characters from the game the special attack characters were originally from. Don’t say that’s not awesome. 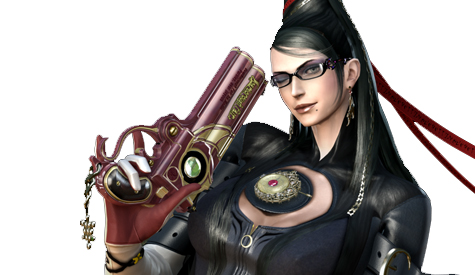 Josh Newey: Of all the characters that Sega has added to their already impressive roster over the past few years, Bayonetta is easily the most resilient and memorable of the bunch. Her over-the-top design combines a sleek, sexy style, but does so with a tongue-in-cheek sense of humor that singles her out amongst a sea of grouchy, poe-faced protagonists in modern action titles. In just a few short years, Bayonetta has become a modern day icon of Sega, and her role in keeping the company relevant is invaluable. That’s why she needs to be in the next Sega All-Stars racing. With the amount of off-kilter creativity that Platinum Games employed when designing her moves, there’s a veritable bounty of attacks, vehicles, and styles that would help to add extra zest to such a tired genre as kart racing. Imagine her speeding down Route 666 on the back of that giant rocket, shooting lipstick bullets and stomping Sonic and friends with giant stiletto boots that descend from the sky…Everything about her is perfect for a kart racer. 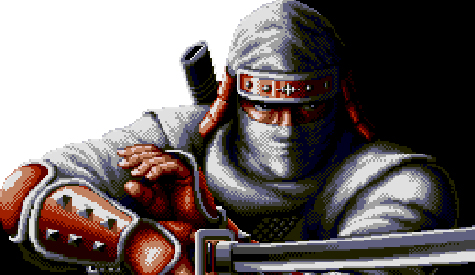 Tom Kyzivat: Who wouldn’t want to play as Shinobi in any game?  He’s the most badass ninja in the world.  How badass?  He wears white.  Nothing says how big of a badass you are like paying no mind to camouflage.  But anyway, Shinobi has dominated evil ninja organizations, taken down helicoptors, and even defeated unofficial versions of Godzilla and Spider-Man, so why wouldn’t he want to kick everybody’s lily asses in a race?  Shinobi in Sega All-Stars Racing means one thing to me: classic “Revenge of Shinobi/Shinobi III”-era Shinobi, either riding on horseback (like, a really dexterous horse), or on a hoverboard.  In either case, you’re treated to Sega classico at its finest.  With all of his attacks and ninja magic, his special ability could have countless possibilities.  Does he spray shurikens everywhere that stick in the road as obstacles?  Does he cover himself in lightning andbecome impervious to attack?  Does he explode and take out everybody around him?  Is he engulfed in a flaming dragon and carried to the head of the line?  Not an easy choice to make.  And it wouldn’t have to be limited to just using him as a character–a Shinobi-based level could have a lot of potential, too.  Who wouldn’t want to race around dojos and bamboo forests in Japan, while dodging ninjas and blue samurais?  You could detour into caves, down waterfalls, and even end up careening through an evil science lab full of mutant brains and giant, hulking fleshy beasts.  I submit this to Sega: whether defeating evil or simply winning a race, Shinobi’s your man. 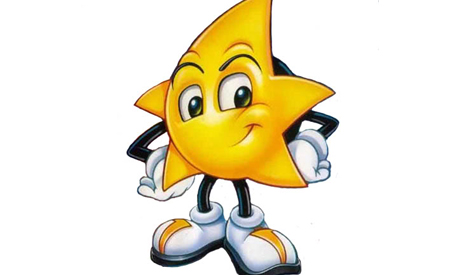 Flake: Where as NiGHTS was given a small but pleasant cameo, Ristar’s treatment in the original Sega All-Star Racers was terrible. Ristar was in the game…as a non-playable character who appeared on the sidelines on a downloadable track, a track that was not even available on fully half of the game platforms the title was released for!

Ristar is like that Sega character that never got a fair shake and his inclusion in a sequel would be a no brainer. Ristar would probably be another light weight, fast speed racer. His character specific power would probably have something to do with his arms, either pulling himself forward through the course or grabbing other racers and smacking them with his face. Either way, it would be a fun sight! 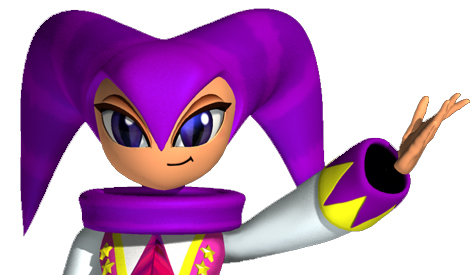 Flake: NiGHTS was a secret character in the Sonic Riders series. So in a sense, everyone’s favorite androgynous jester that embodies their dreams and fashion sense is no stranger Sega racing games. NiGHTS has just never been in a good one.

NiGHTS was included as the flag waver in the original Sega All Star Racing and while that was a nice thing for Sega to do, they really missed an opportunity. NiGHTS would make for a great high speed, light weight racer and the possibilities for a character specific power up are endless. NiGHTS could literally drive loops around the other racers, head butt them off the track, or merge with another racer and take them over for a specific amount of time.

NiGHTS is one of Sega’s best characters; They need to wake up (haha) and make better use of the property! 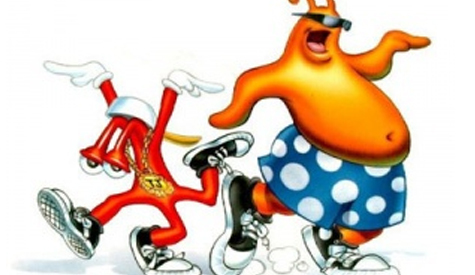 Mike Kyzivat: I think it’s a travesty that the funk-a-delic (that’s the technical term) duo weren’t featured in the first Sonic and Sega-all stars racing.  How cool would it be to race around each track in Toeam & Earl’s spaceship, using your speakers or crazy humans to knock people out of the race? (the answer is very cool)  I had heard that Sega originally wanted to included the rapping duo in the first game, but couldn’t come to an agreement with the owner of the copyright.  Due to fan outcry, the copyright owner said he would make one last try with Sega, and that maybe Toejam & Earl would show up as DLC.  My guess is by the time they hashed out the deal, Sega had already decided to make a sequel, so here’s to hoping I will be racing around not only as Toejam & Earl but on a track inspired by their crazy (and pretty accurate) representation of earth.

Play tennis with Sonic for just $4.99 on this XBLA sale