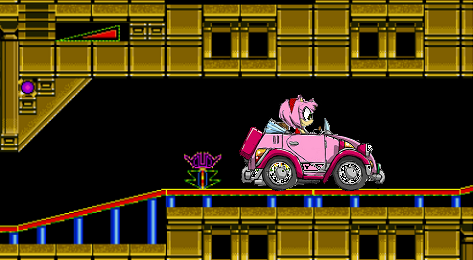 Earlier this month we reported the exciting news that a sequel to Sonic & Sega All-Stars Racing may be in the works; so exciting in fact that the inevitable speculationof what characters we’d like to see in the game has already begun. Further evidence has surfaced in the form of a report by Toyworld Magazine describing new Sonic & Sega All-Stars Racing toys being manufactured by Meccano.

The new toy range includes ‘Sonic and Speedstar’ and ‘Knuckles and  Landbreaker’, but perhaps of greater interest are the additional Green hill and Casino Night play-sets that can be purchased. It stands to reason that if these classic Sonic zones are being incorporated into the game’s line of toys, that the zones themselves will appear as tracks in the game. This is, of course, only speculation at this point, but what classic Sega environments would you like to see in the new game? Let us know below!