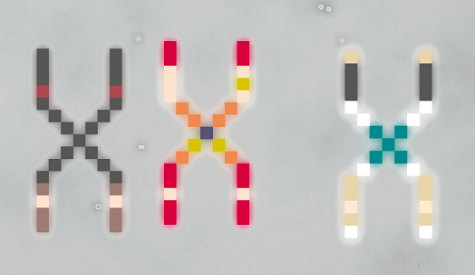 About a week ago we reported the appearance of a new Japanese website teasing at a new Banpresto-developed 3DS game involving a collaboration between Sega, Capcom and Bandi Namco. The website has been somewhat expanded to reveal that the encircled developer logos are in fact cell culture dishes, each containing three different, pixelated, mitotic chromosomes.

Although nothing substantial has been revealed, it does allow for further speculation. These developer-chromosomes are currently isolated, but what will happen when they are introduced to one another? Will a chromosome crossover event occur, spawning new recombinant developer-DNA containing the best traits from each developer? Or perhaps a spontaneous mutation will result in something far more unique and exciting. We’ll have to keep out microscopes focused on this one for now.