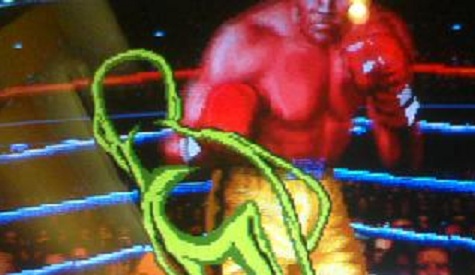 So I took a little trip to Vegas earlier this week. I gambled very efficiently; I lost almost all my money right away. This freed me up to explore the less emotionally destructive parts of Vegas and in this exploration I happened upon the arcade in the casino “Circus, Circus”.

I did not expect to find a shrine to Sega’s arcade glory in the middle of the desert. Ostensibly, this arcade exists for the kiddies but I think I enjoyed it way more than they do. Savor my child like glee after the jump.

Arcades these days get a bad rap. People say that they are pointless or that their time has passed. These people are wrong and should be made aware of this. Done right, the arcade is a completely viable business. You need to have an angle and you need to have a theme. Those are topics for another post. The third thing arcades need to have but so rarely do these days are WORKING machines. The arcade at Circus, Circus has one of the better maintained fleets I have seen in awhile. Good thing, too. Some of their games are so old that even dedicated Sega Addicts will have to head to Wikipedia after a trip to Circus, Circus. 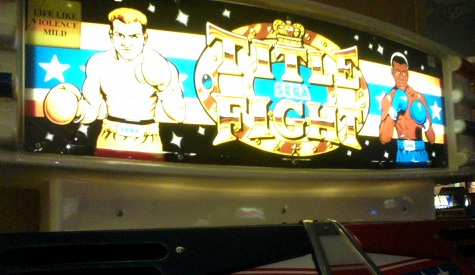 Pictured: Sega's most original game of all time

If someone came to the Sega Addicts podcast and agreed to build for us the arcade of our dreams, Circus, Circus is likely what we would get. The games are a mix of Namco, Capcom, and Sega with Sega making up the lion share of the lot. The usual suspects are there: House of the Dead II, III, and IV are all accounted for and seemed to be in great shape. Also present are Crazy Taxi and other standard Sega Racers like GT and Daytona. These are the fully featured cabs: None of that stand up and drive nonsense that the cheaper arcades opted for if they did not have the space for the fancier cabs. This Sega Addict is proud to announce that he finally got a decent score on the original Crazy Taxi. Maybe it was the splendor of my surroundings. Maybe it was the five screw drivers coursing through my veins. No matter; I finally got my Class B license. 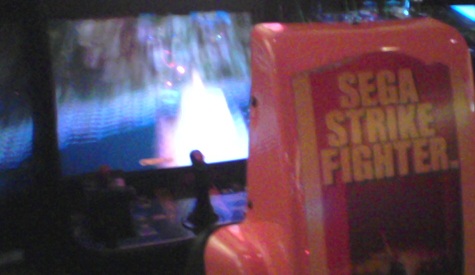 Circus, Circus also boasts much less common are games like Sega Strike Fighter, Initial-D, and Title Fight. Sega Strike Fighter is a 3 Screen monster of a cabinet that dwarfs After Burner (which was present) and has to be a monster to find replacement parts for. Initial-D is a common find in Japan at the various Club Sega’s. Not so much here in the States. When I saw Title Fight, I actually thought it was a wacky “Punch Out” variant for a minute. Whoever chose the cabs for this arcade is either a mad genius or a Sega fanatic to dwarf any of our writers or readers.

Afterall, someone out there has to own the actual “Segaaddicts.com” URL, right? 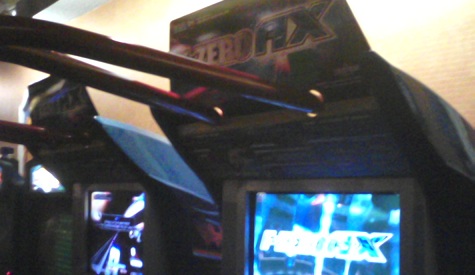 Of course, these assessments of tremendous cost and rarity went out the window when I laid eyes on a working dual F-Zero AX cab. Back in the Gamecube days of glory, Nintendo picked Sega up to develop two F-Zero games: GX and AX. F-Zero GX is known for two things: Being $5.50 at the local Gamestop and being hard as hell. The arcade game, F-Zero AX, is a much rarer monster: It is a racing game with a suspended seat that rotates and pivots as you drive, simulating the G-forces your character feels as they fly around turns faster than physics allows for. Even in Japan, F-Zero AX is not a common find. Finding a working one in the middle of the desert felt like a crazy lucky find to me – I sure as heck did not have that kind of luck at the black jack table! 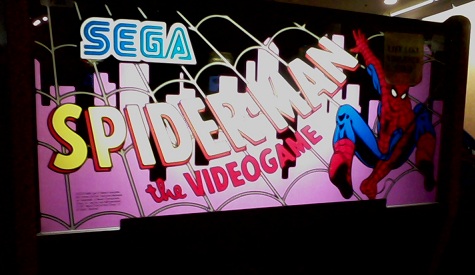 In the 90's, Konami got the Mutants and Sega got the Web Slinger

The list goes on: Afterburner Climax, Capcom vs SNK 2, Route 66, Ghost Squad, Star Wars Trilogy Arcade, LA Machine Guns, Super GT, The Ocean Hunter…I do not think I saw this many arcade games made by Sega or on Sega hardware even during my last visit to a Club Sega in Japan. All the place is missing is a Virtual On machine!

If any of you Sega Addicts find yourselves in Vegas with a pocket full of quarters, head for Circus, Circus. It is no Cirque de Soleil or Zumanity but the Sega-centric arcade there is pretty exciting all the same.