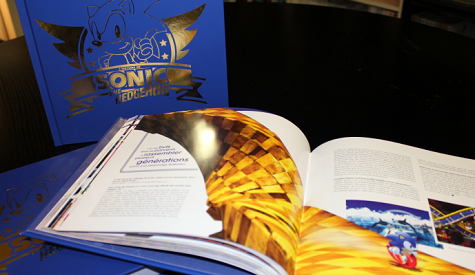 French book publisher Pix’n Love have today confirmed that the English edition of  their The History of Sonic reference book will be published and will be available at the end of June this year. Pix’n Love spokesperson, Olivier Braillon, contacted The Sonic Stadium and had the following to say about the English edition:

There were indeed a few setbacks with the release of the English version, but I am very pleased to confirm that the book WILL be published and it should be available at the end of June. We did receive a lot of support and many requests for the English version of the History of Sonic, so we also would like to publicly thank all your readers and all the Sonic fans for their support. That’s why we’re very happy to confirm the publication of the book.

This is great news considering previously reported concerns that the English version may not see the light of day, although the French version was confirmed for print and is at this very moment available for purchase from the company’s French site. Looking at the image above, I’m more than willing to fork over some cash as it looks to be a real gem. Your thoughts? Lets us know below, and be sure to check out the source for more info!