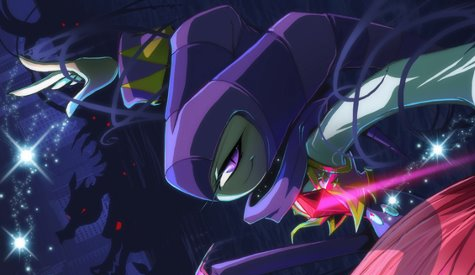 Lynne Triplett, creator of NiGHTS fan site ‘NiGHTS Into Dreams .com‘ has made an open request to all NiGHTS fans to send in photos of themselves exhibiting their love for the classic Sega series, with her intention being to use them in a montage that will be featured in her web-comic titled NiGHTS: Descent into Dreams. Those of you interested in getting involved better had put your skates on though, with the looming closing date for submissions being the 23rd of this month.

While I wasn’t aware of this particular fan-project, nor have I had much exposure to the NiGHTS games, I am a reader of comics and have already found myself somewhat enchanted by the impressive digital artwork shown on the project’s Facebook page, especially the comic’s cover, a part of which is seen in the picture above. And what about you readers? Let us know what you think in the comments below!

SegaWorld not coming back to London anytime soon

Dear Sega: The Disappointment of a Non-Response and a Farewell from Michael Westgarth