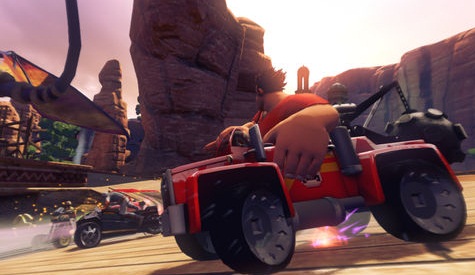 If the news of Wreck-It Ralph’s inclusion as the second cross-over character in the upcoming Sonic & All-Stars Racing Transformed was a little too much to handle, we’ve got some in-game screen shots of the man himself in his road, water and air vehicles to slap in your faces and bring you back to your senses.

Sonic & All-Stars Racing Transformed is scheduled for a release of Nov 16th in Europe and Nov 20th in North America for all major consoles bar the Wii U and PC, the release dates for which have yet to be announced. Hit the jump for all of the screen shots in full.

Samurai and Dragons gets a new trailer