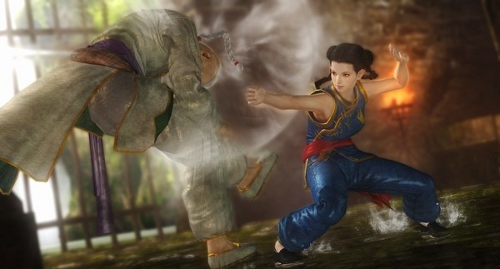 As we speculated a while ago even more Virtua Fighter characters have managed to make it into Team Nina’s Dead or Alive 5 since the original announcement of Akira’s cameo appearance. The latest character to make it into the upcoming fighting sequel is Pai Chan, whose inclusion in the game was leaked by a group of hackers, who uncovered this secret from the game’s demo code. The official confirmation comes from Famitsu who revealed her in a recent news article, which also unvealed a screenshot of her sparring with Gen Fu.

It seems we have quite a few Virtua Fighter characters making their way to Dead or Alive 5 as Pai Chan is set to join the fight with Sarah Bryant and the previously mentioned Akira. But would you like even more? Perhaps your favourite character isn’t making it in, and you want to let your deepest wishes let lose? Well let me know them in the comments! Which Virtua Fighter character would you like to see next in Dead or Alive 5?

Sega Addicts Podcast: Episode 62 – The Levels Are New Designs And Everything