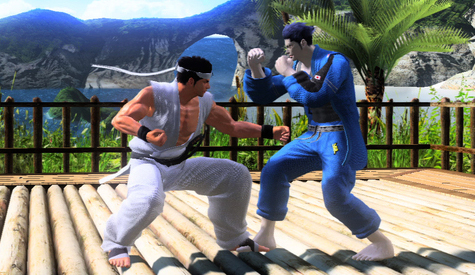 Once upon a time there was a game called Virtua Fighter 5 Online for the Microsoft Xbox 360. Everyone thought it was such a nice game and they played it for many hours upon end. Then, in Japan a new arcade game based on Virtua Fighter 5 was released with the name Final Showdown. The West was jealous because they thought it would never leave Japanese arcades.

Fast forward a couple years or so and gamers in the West are no longer sad for Sega has brought Final Showdown and all its glory to PSN and XBLA for all to play. The game even received a coveted ‘A’ ranking from the legendary Sega Addicts world wide web site. Now, a few months later the news get even better because Final Showdown is the XBLA Deal of the Week! Until October 8th, you and your loved ones can purchase the game for a low 600 MSP!