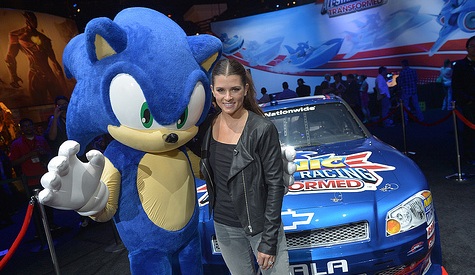 An inclusion that all Sega Addicts are totally okay with.

As excited as we all are for the upcoming Sonic and All-Star Racers Transformed release, there have been a few casting decisions that have left us confused / angry.

Developer Sumo Digital explained to Digital Spy that there was reason behind their decisions on which levels to design and what racers to include. For level design, the developers wanted each racer’s franchise or back ground to lend itself well to racing on the ground, in the air, and on water. So Daytona and Shenmue, among other fan favorite franchises, were excluded. Character design presented a more logistical problem. With three forms (at least) for each character, budgetary restraints became an issue.

The article is worth reading if only because it offers a rare insight into the politics and economics that occur behind the scenes in game design. Unfortunately, there’s a good chance that you might come away feeling like the exclusion of your favorite franchise (whatever that might be) was a bit arbitrary.

Also, what the heck is the demographic that keeps getting so much Billy Hatcher related material into these racing games!?

Check out the 10-minute demo of Rhythm Thief