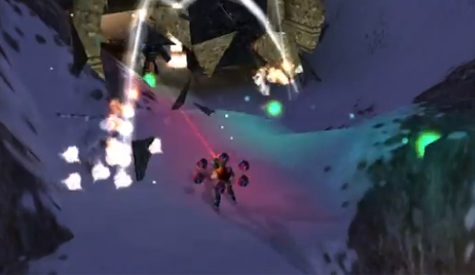 Developers, Retrobomb, have taken the Dreamcast launch title (also originally released on PC) Expendable and ported it to those newfangled phone things they call Android under the name “Expendable Rearmed.” I’m taking an educated guess here but I’m guessing that the original Expendable was armed already so this new version has been armed again and then given a second word in the title to let gamers know it’s been armed twice.

Unfortunately, I’ve never played the original Expendable but I’ve always had a slight interest as it appears to be some mindless shooter action fun. Maybe I’ll satiate that interest by purchasing this on the Android store for $2.99.

The Ghost Blade gets new screenshots