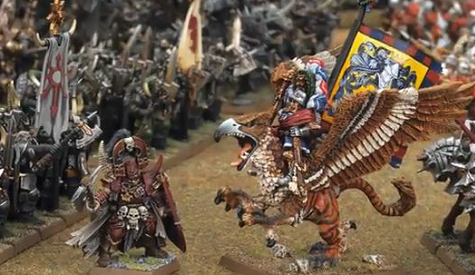 Total War series developer Creative Assembly has signed a deal that will see it take control of the rights to make games set in the Warhammer universe some time “beyond 2013”, in an announcement made by Sega.

To clarify, the rights to make Warhammer videogames are currently held by EA, however these rights will be transferred to Creative Assembly. The separate rights to the sci-fi off-shoot Warhammer 40k are still held by THQ, as clarified by Eurogamer. Tim Heaton, studio director at Creative Assembly, had the following to say:

We’ll be doing the Warhammer universe justice in a way that has never been attempted before. We’re bringing those 25 years of experience and expertise in extremely high-scoring games to bear, delivering a Warhammer experience that videogamers will absolutely love.

No details of the game have been revealed whatsoever, but I’ve got my fingers crossed for ‘Total Warhammer’. Let us know what you think in the comments below!