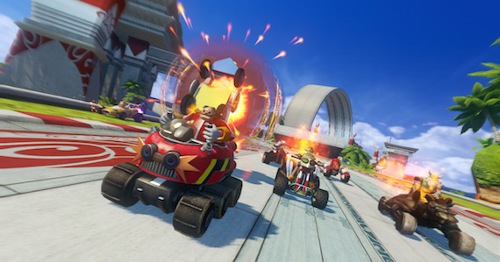 You may remember last month, Sumo Digital were holding a poll in the Sega forums regarding future character DLC in All-Stars Racing Transformed. Well it’s been a while (at least in internet time) and we’ve finally got our first hint at future content for the game. In a recent update from Sumo representative Steve on the Sega forums he stated that the company had “approval for a specific character this morning.”

However don’t get too excited just yet as that’s all he was allowed to say on the topic. We can probably guess that it’ll be one of the poll topping crowd pleaser’s but as for now this is all the information we have. Although I am glad to hear that there is DLC for the game in the works. Who would you like to see? Is your favourite character in the game already, or are you just waiting for this mystery DLC to see if they might be now? Let me know in the comments!