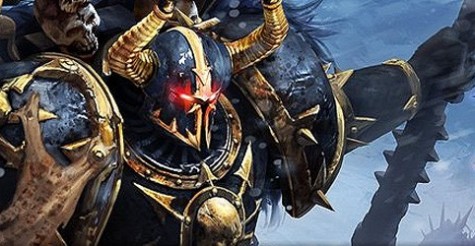 Ever since Sega’s acquisition of the Warhammer license a few months back, it’s been a bit of a challenge to nail down the scope of their control over the IP’s many franchises. Non-Sega games seem to be popping up elsewhere, and a permanent home for the Warhammer 40k leg of the universe still seemed very much in question.

It appears that question has been answered, as Relic game director Quinn Duffy revealed in a discussion with Eurogamer that at least one major 40k title, Dawn of War, still rests in the hands of Games Workshop. Still, Duffy is confident that a Relic-developed sequel is not out of the question:

“Because it’s a license and it’s owned by Games Workshop, they have the opportunity to work that license with whoever they want. I would hope it would be us again. We had a great working relationship with Games Workshop. Sega is establishing one now with the fantasy license for Creative Assembly. There’s a strong possibility we’ll all be working together again on Dawn of War.”

While Sega’s role in said hypothetical partnership isn’t particularly clear, it can be assumed that they would at least be involved, as Relic now resides under their umbrella. Creative Assembly may be whittling away at Warhammer’s next big thing, but picking up Relic shortly after acquiring the broader license itself is no small coincidence.

Sega's purchase of Relic is meant to reinforce their PC development