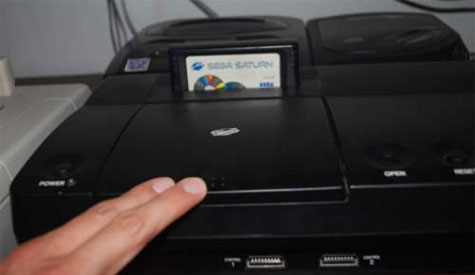 When the first Sega Pluto’s existence came into public awareness, it sent the world into a frenzy desperate to find more. In turn came the second known Pluto a few days later, purchased by a Sega enthusiast at a flea market for $1, having no idea the modified Saturn was such an important part of Sega history. Roger Vega, said enthusiast, seems to have cleaned his hands of the console and has agreed a sale.

Twitterer @lastmanoftruth was seen discussing the potential sale with Vega, and when asked a while later what the current state of the console was, he replied “it’s effectively sold to me.” He earlier noted the sale was somewhere in the region of $9,500 – $15,500.

It’s a little odd seeing an agreed price that low considering Vega’s auction reserves not being met on different occasions, one at that same $15,500 price, but it’s possible Vega just wanted the piece of gaming history to go to the right home, seeing as all of the money from the sale is being given straight back to his parents anyway (because Roger Vega is a cool guy.)

Of course, no sale is certain until it’s done and dusted. Keep track with our on-going coverage of everything Sega Pluto.