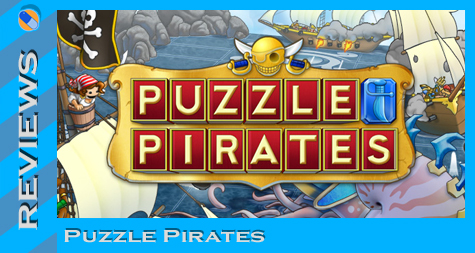 Also available as a Web game

Much to my disbelief Three Rings’ YoHoHo! Puzzle Pirates (or simply Puzzle Pirates, as it is now called) has actually been around for a pretty long time now. While it launched in 2003, this fairly innocuous little kiddie MMO has been distributed to many platforms since, and has now even been converted to an iPad app. I bring this up as an introduction because it clearly has a community behind it–one that must change constantly as the demographic grows up–but a group of fans nonetheless.

So with this in mind it becomes fairly obvious why the app was launched. There was an established audience that obviously wanted it and Sega have apparently been benevolent enough to comply. So while I can’t debate the product’s success in any meaningful way, I can look into it as a small fixture in free entertainment for kids. Although how this game could entertain children in the first place becomes increasingly baffling once you learn how it actually plays and presents itself.

So hit the jump to see just why its success confuses me as I take you to the high seas in Puzzle Pirates for iPad. 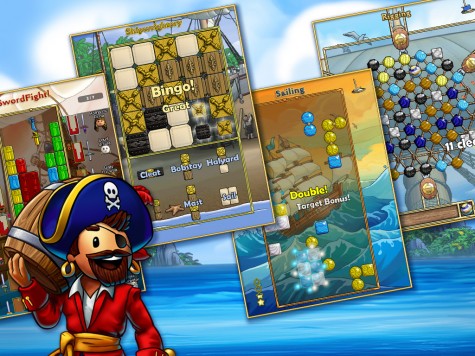 At the core of Puzzle Pirates is an MMO centered around the tried and true puzzle genre that gamers love. Its concept reminds me a lot of Puzzle Quest in a way, however whereas that game mixed exciting challenges with interesting game mechanics, Puzzle Pirates instead misses any potential a puzzle/adventure hybrid could offer. Suffice to say Puzzle Pirates has none of the charm or great design that made that 2007 classic work. What we have instead is a title whose only gameplay revolves around sailing about an empty world, looking for something to do, while solving the most dry and uninviting puzzles I have ever played.

When you start off on your journey things look standard enough. There’s a fair few choices in the character customization options leaving a decent selection of pirate themed gear for the avatar of your choice. However you soon learn how the game actually works–and that is when things take an extreme turn for the dull. For example, one of the first puzzles you’ll play is your basic Bejeweled clone, but with everything that makes Bejeweled work thrown out the window. There’s no feedback at all to your actions so at some points you don’t even know if you’re winning. There’s also no timer or any objective; the game expects you to just play this seemingly never-ending activity until it says stop and you can do something else. 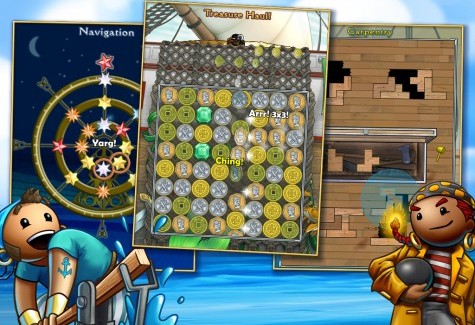 Well, technically there is a timer, in that you’re playing these puzzles while travelling to new destinations. All of the game’s main puzzles take place on your ship and you can choose which one you want to use to waste your time while getting to a new island. And it’s good that these puzzles are there, because boy, is there some time to kill on these journeys. Essentially this format forces you to partake in any of the game’s core puzzles which you would never be bored enough to try anyway. While the puzzles themselves are kind of diverse, they all suffer from the same problem: no feedback and a severe lack of fun or atmosphere. This is a shame, because there’s nothing to do when you’ve sailed to the main world anyway.

Speaking of atmosphere, the first thing you’ll notice about Puzzle Pirates is its surprising lack of any. With such a strong nautical theme behind it you would expect at least an effort would go into making the sounds and sights of this pirate world appealing or fun. Unfortunately there’s literally nothing to make this an enjoyable place, since notable sights and sounds are virtually non-existent. Small sound effects grace you sometimes but there is absolutely no full music in the entire adventure.

This is the first example of the game’s unfathomably boring world, which doesn’t let up any time soon. You’d be surprised how much music can add to gameplay, because the arduous task of solving mundane puzzles sure doesn’t get any better when you can’t hear any music in the background to cheer you on. I wasn’t expecting much, but some attempt at music would have been nice as this only adds to game’s horrific sense of boredom. 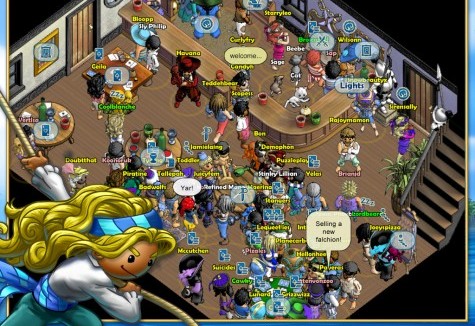 The visuals don’t add much to the experience either. The characters are all rendered in a sub-par Playmobil art style, which just doesn’t look any good on the iPad screen. The characters look vaguely fuzzy in their rendering and there’s just nothing interesting to look at. Everything looks like it’s been tried and tested to find the most friendly looking game for kids, but only succeeds in creating something that looks bland and annoyingly basic. It also doesn’t help that there’s so little to look at in any of the game’s environments. All the locations get away with being bare islands filled with the base amount of houses and items necessary for a town. Everywhere looks the same so the key exploration element of this MMO fails almost immediately when you realize that there’s nothing new to look at wherever you go, and nothing to do there anyway.

There is a little more to the experience though, as you can play parlor games with online players and bet on other matches. However everything leads to the same activity: boring, dull puzzles with no sense of challenge. I respect that this game is made for very young players but I just don’t see kids enjoying this as it adds nothing substantial or fun. Honestly it’s kind of hard to get mad about, since the game is such nothingness at its core. Playing the game itself is never really frustrating as there’s nothing to get mad at. It’s just there. The atmosphere and lack of interesting gameplay just ends up creating a game which just wastes time and adds nothing of value.

But if you are looking for something to get angry about, then you can look to the game’s many technical bugs. I often got kicked out of the app randomly and for some reason I can’t even boot the damn thing up now. Sometimes it would run choppily too and would also fail to recognize my touching, leaving me endlessly swiping at a puzzle with nothing happening at all. Basically while the core gameplay itself is just bland, the presentation and technical side of this MMO will leave you frustrated and wondering why you’re even trying to play such a dull mess to begin with. I would expect this reaction from anybody–even a child. 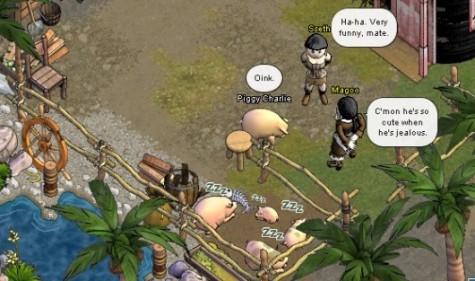 I’d like to end this review by simply stating that all of these things would never make the game a truly awful experience if it didn’t try to drain you of your real life money at every turn. There’s a way to do free-to-play games, but this is simply not it. While solving puzzles does get you some in-game dosh, you’ll get nothing to show for it since everything is hugely expensive. Buying a simple piece of clothing for your avatar costs way more than it should, which also goes for the real money you could be wasting by purchasing overpriced doubloons.

Why would you want to anyway? I don’t see how anyone could spend real world money to invest in such a boring, dull, empty world. And this is why the game confuses me. It baffles me that anyone, especially excitable and demanding children, could make this game so popular that this port needed to be made. It’s been 10 years since Puzzle Pirates’ inception, and apparently this uninteresting mess still appeals to kids. Nothing in this game confuses me as much as its baffling popularity.

That, I guess, is the real puzzle. 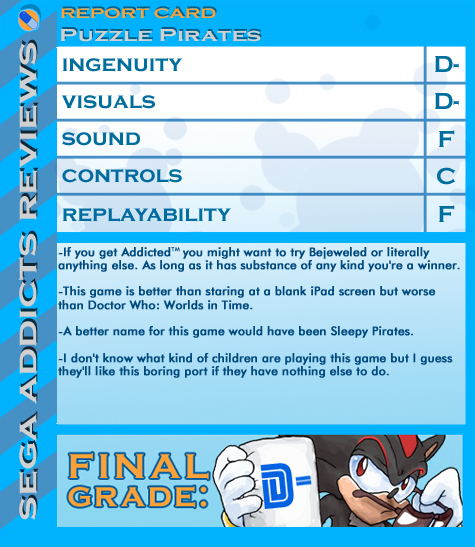 Push some coins in Dragons Coins for iOS in Japan