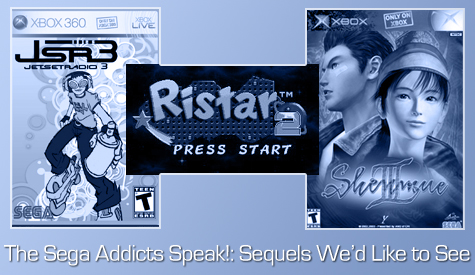 Over the past three decades, Sega fans have gotten to enjoy a lot of great games by Sega and on Sega systems. Some of these franchises and licenses continue to be popular today with occasional sequels and new releases in the series. However, there are quite a few amazing games and series that are stuck in the past with no sequels or new games and only the occasional re-release of the original game for some.

We’ve decided to highlight some of the games that fit this second description and haven’t received a true sequel in quite a few years. Hit the jump to read the games on our list and what we would envision a new game in the series to be! 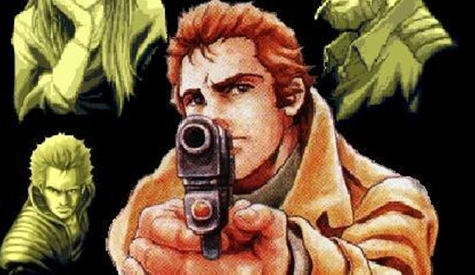 Alex Delia: Anyone who has talked to me about games in general knows that I may be the biggest Snatcher fan on the planet. No game has stuck with me for so long (coming up on 20 years) as this game. And the ending is just ambiguous enough that a sequel could make sense, but it may make more sense for Konami to pursue a remake rather than a direct continuation of the story. Snatcher has a rich fiction, but most people do not know anything about it. So a sequel would confuse most people.

But it begs the question: What would a remake to Snatcher be like? While the first game is a digital graphic novel, a new game would probably have to bring more to the table. The original game has a strong focus on story and the investigations of Junker HQ, I feel a new would be wise to focus on the cyberpunk city of Neo Kobe. The city feels alive even with minimal interaction, and to open up that world would probably blow everyone’s mind. I think Watchdogs could be a good template to go by: a technology based sandbox game about bounty hunting and tracking down snatchers. The footage seen from (canceled?) Prey 2 also feels like what a new generation Snatcher game would be.

Needless to say, I would really enjoy this prospect. And just writing up this piece excites me. One has to wonder if this game would be better as a dream than a reality. Kojima has hinted at the idea of continuing the franchise, and even created Sdatcher with Suda51: a radio drama about the investigations of Jean-Jack Gibson. I believe it could be viewed as a prequel, but the atmosphere is so vastly different. I think there is potential, and I will always keep the idea in my mind for the future. 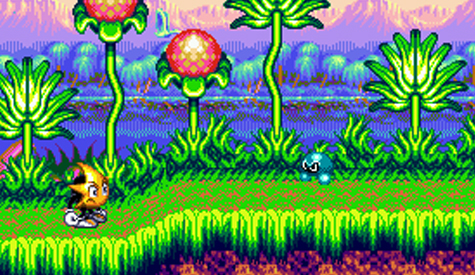 Scott Morrison: Ristar is the first game that pops into my head when I think of a game that needs a sequel. Outside of the Sonic series, and Dynamite Heady, Ristar was one of the most beautifully vibrant games from the Genesis days. I don’t know how many times I’ve played through the original, or used the stage skip code just to enjoy a certain level’s theme and aesthetic.

Giving a sequel to Ristar could explore a few possible ideas. For instance: 2-player co-op. I could see this working best if the game sometimes split in half since there were a lot of tall areas in the first Ristar. Players could also have the ability to latch onto each other, similarly to how it’s done in Little Big Planet, but with awesome stretchy arms. Bonus levels would also be insane and probably play more like a crazy game of Pong than anything else. Boss battles could also be more intricate and involve climbing on the ceiling while another play somehow distracts the boss below on the floor as the ceiling climber lands on the boss to cause damage. I could see tons of mini games happening as well: mimicking the early bonus levels, or even rhythm games with the musical birds, or some sort of feeding frenzy to play off of the boss in the arctic level from the first Ristar. Sega, make this game! I will design it free of charge! 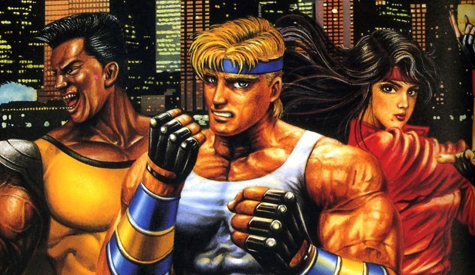 Tom Kyzivat: Nobody does beat’em ups like Sega! Sure, Capcom paved the way with Final Fight, and its myriad mediocre sequels, but Sega perfected the beat’em up with the Streets of Rage series. The fighting system was richer, and the action was more varied and fun. Imagine what they could do with it now! Games like Double Dragon Neon tease the possibilities of a 3D (yet playing like a 2D) Streets of Rage sequel. The time is perfect to introduce a retro game in an outdated, retro format. There are no beat’em ups today, at least not how they existed back then.

This is something we, as a gaming community, need again, and what better property to usher it in than the best of the best? Who wouldn’t want to know what Blaze, Adam, Axel, Max and Skate have been up to? Sorry, Dr. Zan–nobody cares about you. You can wait in line at the unemployment office with that goony kangaroo. But imagine it! Streets of Rage, back in all its glory! It’s baffling that Sega hasn’t done this yet. Sure, there was that failed attempt a couple years ago, but this is really something they should have been on a decade ago. As far as I’m concerned, they could have been putting new Streets of Rage games out every year for the last 15 years. Let’s get on that, Sega. I’ll even get you started: Shiva has taken over Mr. X’s organization (after he died for like, the 50th time), so now the old gang has to get back on those ragin’ streets and just go crazy, bashing people’s heads in like we know they love to do. Throw in a couple new characters and you’re all set. There. Do the rest, Sega. 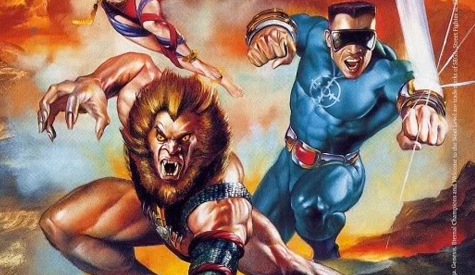 Mike Kyzivat: That’s it, I’m just gonna come out and say it, I was robbed, and worst of all I was robbed by SEGA. They took my baby from me, ripped it out of my hands and now all I have left is one picture of it on the back of my Saturn box. I am, of course, I’m talking about Eternal Champions 3 for the Sega Saturn, a sequel that not only I would love, but should have come out, oh, about 10 years ago. There was not only a hidden cut-scene in the SEGA CD version of the game, hinting at its sequel, but there was also a long written existential diatribe about paradoxes, infinite time loops, and chaos theory that only Stephen Hawking could understand; that gave a glimpse of what was to come in the sequel. But it was not to be.

You see SEGA was in a bit of a civil war with its American and Japan branches, that’s why we got both a 32X (SEGA of America) and the Saturn (SEGA of Japan) at the same time. Anyway, SEGA of Japan (which was still the main headquarters) decided that they only wanted Virtua Fighter to be SEGA’s flagship fighter both in Japan and in America. The problem was that more people knew about SEGA of America’s Eternal Champions then they did about Virtua Fighter, so SEGA of Japan stopped the production of the 3rd game so Eternal Champions wouldn’t steal any of Virtua Fighter’s thunder in America. And thus a great darkness consumed North America.

So as you can see, to this day, I’m still waiting for the sequel, that SEGA would never make. So if SEGA doesn’t want to make one then how about handing over the game to someone who does. I know nowadays 2D fighting games are on the out, but imagine the buttery smooth awesomeness that could be accomplished if Arc System Works made an Eternal Champions game. Add their trademark complicated, branching and confusing story mode and I’d be in heaven. Or we could go the 3D route and have Capcom re-imagine the game like they did with Street Fighter 4, or better yet, Street fighter vs. Eternal Champions…uh, uhhhhhhhh…nerd-gasm. I better go change my pants.

I don’t care who, but somebody needs to make this game, I have waited far too long, and if I have to, I’ll make it myself. 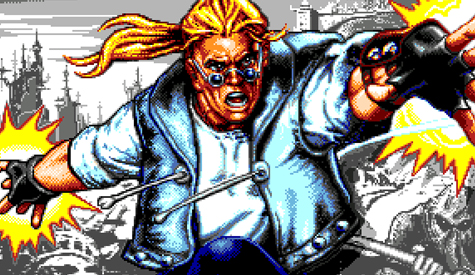 Zachary Clifton: The Sega game I would love to see a sequel for is Comix Zone. For over a decade, I have wanted to see Sketch get pulled back into the comic world, although, this time he is joined by Alissa. A 2-player Comix Zone is pure excitement to me.

Best of all, I don’t see a lot of ways to mess it up. Taking place in a comic book should restrict the game to 2D. This is perfect. I don’t really want to see a 3D re-imagining. I want to see a 2D beat ’em up. But other than that, it seems fair game. The comic world could look like anything. It could have become a very dark place. Or it could remain cheesy. The setting would be difficult to make feel out of place since it is a comic.

I am going to cheat and pick a second, probably surprising, pick. I want to see a sequel to Night Trap. It has been too long since we had a B-movie game. When I watched the movie Cabin In The Woods, all I could think about is how much I want that movie to be made as a spiritual successor to Night Trap. 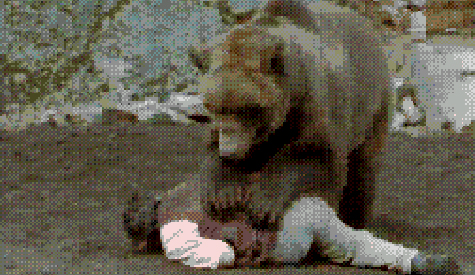 Michael Westgarth: Unless it has some super-rare, Japan-only sequel I’m unaware of, Wirehead is begging for a sequel.

Come on Sega, sort it out.