aaaaaand we’re back! With a new site design and atmosphere it’s time to resurrect this section for a new stream of endless words and opinions. So I guess this is a clean slate for The Sega Addicts Speak! right?

Well if that’s the case, why are we still in the intro? Are you afraid that this weeks subject matter (in conjunction with the new Sega Addicts podcast episode) might be a bit too hot to handle? Well it’s about the future of the Sonic franchise. That’s right I asked our writers this week to predict or speculate on what’s in store for out favourite blue rodent… and luckily for you, you’re about to find out!

Is that too hot? Let’s find out!

So what will we get from Sonic in the future?

Short answer: More of the same.

Slightly less short answer: Videogame critics’ reception of Sonic Lost World hasn’t been particularly warm. Even though I personally think the new art direction and gameplay mechanics are a step in the right direction, it’s a sad truth that publishers take review scores far too seriously. If a series of average review scores is combined with less-than-expected sales — which is entirely possible due to the Wii U’s generally poor sales figures — then Sega are likely to give us Plan B: Shadow the Hedgehog 2. 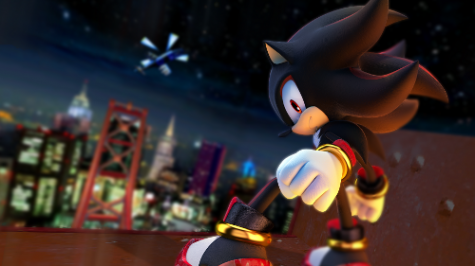 Sega is treating the Sonic franchise just as they should in some areas, but not as a whole. Sonic will always be aimed at kids, and that’s fine, because that’s where he will make the most money. You can find his face on shoes, backpacks, and even bed sheets still. However a large amount of Sonic’s fan base has grown up and we don’t need to redecorate our room like that of a 7-year-old any longer. We just want quality games featuring our beloved hedgehog. This is where I see the, “whole” of the Sonic franchise being mistreated.

Sonic Generations was an amazing game. It was a celebration and a thank-you to fans who brought Sonic to where he is today. After some missteps into the 3D-realm, Sonic was finally hitting a stride and Generations showed that Sega knew what they were doing with Sonic’s gameplay. And then, for some reason, they completely changed it with Sonic Lost World. Sonic’s new adventure looks fun and I haven’t played it yet, so I reserve my final judgement, but why did they go in a new direction if they finally found what worked with Sonic Generations? I’ve said it before, and I’ll say it again, I would have been fine with Sega releasing DLC in the form of additional levels for Sonic Generations. Heck, even if they released a whole new game and just started going through every Sonic game I would have bought it.

I understand the need to give Sonic a fresh face for a new generation of consoles, but I don’t think the series needed it. In my opinion, they should do an off-shoot (like Sonic & All-Stars Racing Transformed) one year, and a “canon” game the next year. Transformed was so amazing that I forgot it was the only Sonic game released that year. But you can also argue that it’s not really a “Sonic,” game so much as it’s just Sega fan-service.

Maybe we don’t need a Sonic game every single year?

I understand why Sega is treating the Sonic franchise the way that they are, but I miss getting games that I can go back and play over and over again. I still play the Genesis games from time to time, and even Sonic Adventure, but I can’t see myself going back to Sonic Colors or Sonic Unleashed any time soon. I don’t see much changing for the future of the Sonic franchise unless one of his new games suddenly sells significantly lower than usual. Sonic is not as relevant now as he was in the 90s, or even early 2000s, but he is still as massive force, and for that reason I don’t see Sega changing much regarding the Sonic franchise in the near future. 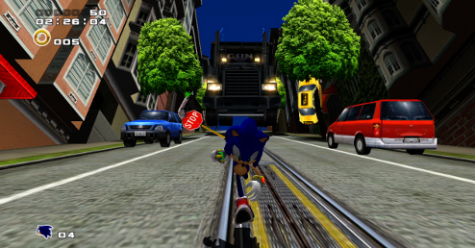 The Sonic franchise has a chequered past at this point, but I think it is finding relevant life again on mobile. The recent Christian Whitehead rereleases of the original Sonic are just as fun on this new form factor. And with Sonic 2 (and hopefully Sonic 3) soon on its way, we can assume Sega may realize this platform can allow the Sonic franchise to find a new audience.

There are also the games designed for mobile Sega released in the last year. I enjoy Sonic Jump and Sonic Dash but I feel more can be done in this casual space. Particularly speaking with Sonic Dash. I enjoy the game very much, but I can’t help but feel an opportunity was missed by a mile. Sonic Dash is a behind-the-back endless runner similar to Temple Run. Why not a 2D side scrolling endless runner like Jetpack Joyride? It seems so perfect, and the Sonic license could lend some very unique situations to this admittedly saturated game mechanic.

I would not be opposed to Sonic gaining new life as a mobile franchise, if it means stripping the gameplay down to its core, making it fun again with limitations of a touch screen.

At this point? Honestly, I don’t know. Yes I know I set up this weeks question but I just can’t see what Sega has in store. I mean I used to be able to guess. Sonic Generations followed the refined gameplay of Sonic Colours, so I kind of guessed we’d just get more of that. But nope, instead we get an out of nowhere retooling. Maybe they’ll go back to the old(ish) formula? Who knows. All I know is that I hope they do go back to it. Nothing against Sonic Lost World. Hell I’m actually really interested in it! I just really liked Generations a ton and thought it could have been expanded before they moved on.

As a franchise itself however I don’t see things slowing down (ha ha get it cause he’s fast?) for the property. While critical reception hasn’t been amazing in recent years, it’s still making mega-bucks. Sega has no reason to stop it and they don’t have a reason to. Like it or not Sonic is here to stay for a while longer. In merchandise and more. 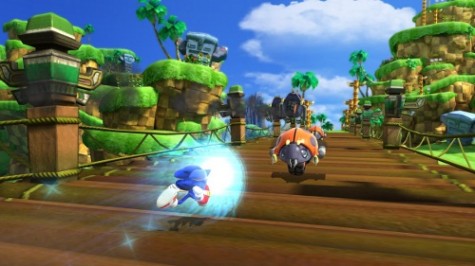 So that’s it for this week! Remember to let us know your feelings on Sonic the Hedgehog’s possible future in the comments below, and I’ll see you next week when The Sega Addicts Speak! returns yet again.