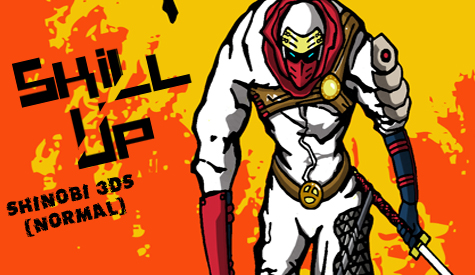 While not many people even know about the existence of Shinobi 3DS, it pierced my heart with shurikens and became not only my favorite game of 2011, but one of my favorite action games period. It was a long time since any game twisted my balls so hard that I actually enjoyed it. And you know why? Because it is a masterfully designed action title. And I want to help you enjoy this shiny gem of a game.

The new series called Skill Up is not a review, but a collection of my personal secret techniques that helped me get through the game. Think of me as your uncle sensei who lives in a basement full of old horror movies and drugs. But remember, winners don’t use drugs, only horrors movies.

Shinobi 3DS is quite a tough game even on Normal, so our goal today is to make you an average everyday ninja that doesn’t back down and change the difficulty setting to “big pussy”. If you do, I will find you and beat you with a stick.

Being in control of all your abilities is the key to getting out alive in any situation. For every enemy attack there is a sick ninja counter attack. First of all, you should open a training mode and just go wild. Learn all the combinations that you can find. 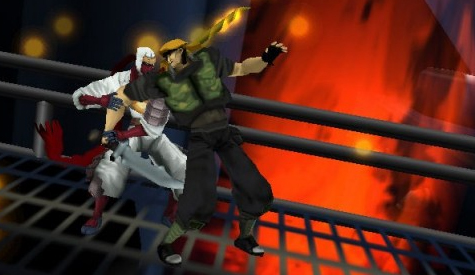 Learn how to parry:

Shinobi 3DS has an incredible parry system that allows you to defend yourself of enemy attacks in every possible way. It doesn’t matter if you’re on the ground or in the air, you only have to time it just right. This technique is also a great way to dispose of almost any enemy type in just one hit. If you hit the attack button right after finishing your parry, you will do a one hit death slash and send your opponent flying to the moon. It is absolutely essential for you to learn the parrying as it gives you a huge advantage over the enemies. 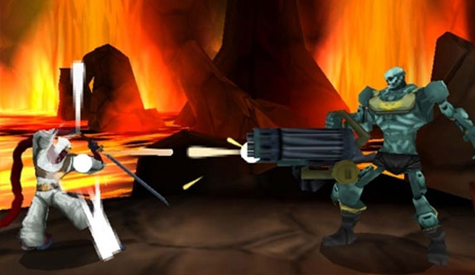 Learn how to cancel your moves:

Cancelling in Shinobi 3DS works pretty much like in fighting games, and gives you an ability to break out of your current move to dodge another attack. Most of the times you’ll need to cancel your air combos by doing a Spin Slash (Double Jump + Y). If you’re in a tight situation on the ground, then try using a Slide move (Down + B). Those invincibility frames might save you.

Don’t forget that you have Kunais that replenish automatically, so don’t be afraid to use them. Especially if you’re running towards an enemy, and the distance between two of you is too long. You can always interrupt attacks by throwing a single Kunai at a bad guy. Another good move that people always forget to use is a Charged Slash (Hold Y). By executing a Charge you can reduce the distance to the enemy while staying invisible. 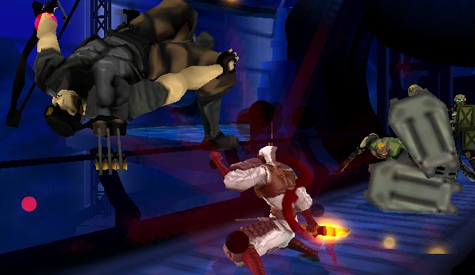 All the best things in life happen when you’re late. That’s why you have to master the art of waiting for the right time to hit that big ass ramp the second time. Some platforming sections are tricky, but you have to be trickier.

Even though the 3D effect is pretty decent in this game, you might want to turn it off. There’s going to be so much crazy sh*t happening on the screen that you better have your eyes rested and ready for action. Besides, with 3D enabled it is much easier to notice dust and other garbage on the screen and get distracted. 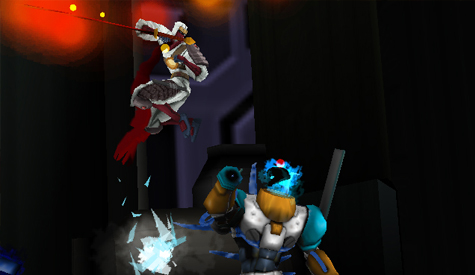 Look beyond the borders of your shiny screen:

Since the d-pad is used for controlling Jiro, the circle pad is set to camera control. And by that I mean you can look a bit further ahead. While it’s not super useful, sometimes you might want to check where you’re falling. 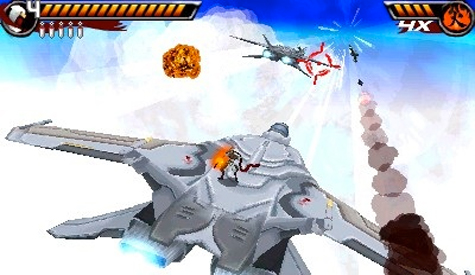 Don’t brute force your way through the game:

Like any average ninja you should learn to control that devil may care attitude of yours and be patient like a rock. Don’t run around swinging your katana left and right like some stupid kid. It doesn’t look cool, and more importantly, it doesn’t feel good, even if you manage to survive. Learn the levels, learn your enemies’ patterns. Be curious. Search for secrets and chicken legs. And don’t overuse the ninja magic. It’s just a pussy way out. 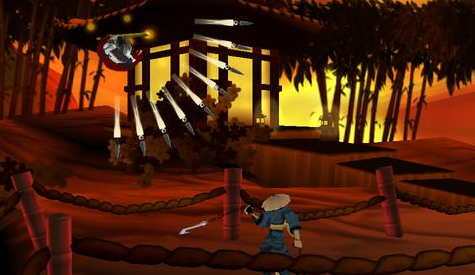 Try actually giving a crap about the high score:

Shinobi 3DS has a pretty cool scoring system. Your every strike finishes in flashy numbers flying all over the screen. It feels good, it feels right! But it also gives a boost to your basic abilities. With every level of bonus multiplier (x2, x3, x4) your running speed and jumping distance improves. To keep your bonus multipliers coming you just have to hit hard with long combos while not getting hit yourself. Besides, if you’re going to care about getting A or B rank on every level, you will find your own way of scoring high and getting better at the game as a result. 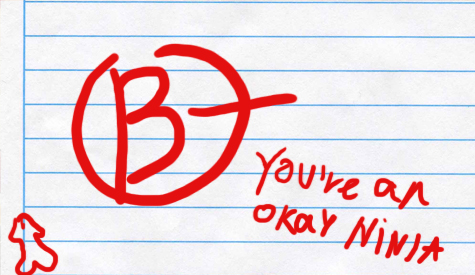 And that about covers it. I think you’re ready to go on your own adventure now. Be patient, be brave, and let your fingers do the talking. I’ll see you some other time, some other game.