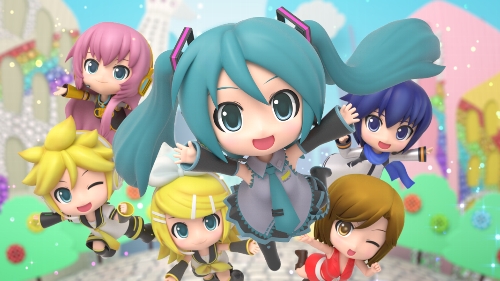 Hatsune Miku is slowly taking over your digital stage in the West. After making her way onto the PS3 and Vita, Sega just announced on their blog that Hatsune Miku Project Mirai Remix will see a release on Nintendo 3DS. Mirai Remix will have 2 different rhythm game modes: touch or buttons, incorporate the extensive customization we have come to love with Project Diva games, and also feature steroscopic 3D. There will also be AR card support, so you can continue to make Miku dance on your kitchen counter, or on your pizza.

Sega has only said that the game will release in 2015 thus far, so stay tuned to this space for more updates!