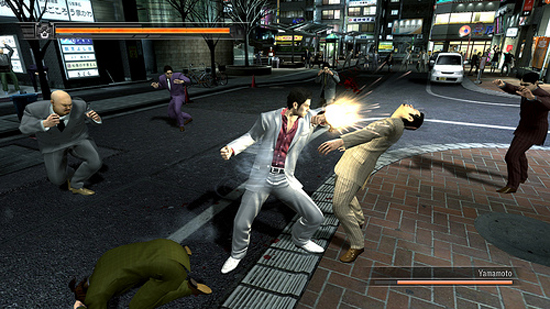 Sega has just announced that Yakuza 4 is going to be coming to the West next Spring. I’m actually really surprised to hear this news so quickly as it usually take Sega much longer to announce their bringing a Yakuza game overseas. Hopefully, that means that Yakuza 3 sold well and that they’re willing to put a little more marketing power behind the series.

Yakuza 4 differs from the first games in the series in that you play as not only Kazuma Kiryu but three other characters as well.

Sega is also letting fans ask Producer Toshihiro Nagoshi any question you want about the game on their European blog. Just leave a comment on their blog (found here) and Nagoshi-san will be answering some of the questions after E3.

Yakuza as a series sells over 5 million copies