Star Control was never meant to be played on the Sega Genesis, but somehow through sheer determination on the part of clever coders, it exists. Perhaps brute forced was the only way to fit such a game within the confines of a 16-bit cartridge. But here it is, sitting in my Genesis like an old nemesis – the Khan to my Kirk – staring back at me. Created to exist on Amigas, Commodores and machines capable of running DOS, Star Control meant business. It always did me well to wear my game face.

Seemingly unremarkable to many freshly introduced to the medium; Star Control disguises an insidious grin beneath a plastic exterior and faded name label. Players are entreated to a suspiciously quiet menu screen, allowing them to select what they wish to play. Offering various small campaigns with cohesive objectives in addition to outright Melee for those wishing to jump right in and get their hands bloody, the game never minces in what it offers, completely upfront, to the player. However, when it seems like SC has proffered maybe a moon’s worth of depth, it pulls back to reveal a galactic-sized experience. 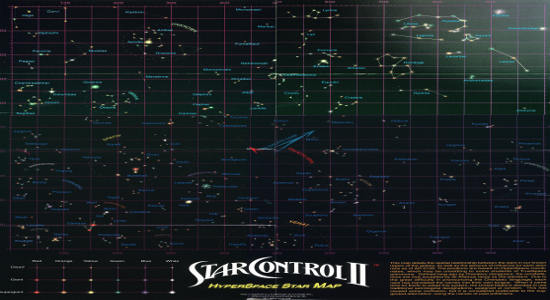 For the phony tough or crazy brave, the ability to play against the computer on the hardest difficult is fond childhood nightmare. Unable to pass up such a challenge, I impetuously selected one of the many campaigns as the brave, space-faring Alliance. The small ships, planets and stars spiraled around the screen, showing me the nebula I was battling the vile Hierarchy over.

Establishing a series of space stations, mines and colonies seemed easy enough and I began wondering if I had accidentally picked a lower difficulty than I had initially suspected. I grinned thinking I had a game that would hand me slews of easy victories, even on ‘Hard’. The computer’s third turn however saw my grin sloughed away with a grim realization. A flotilla of Ur-Quan Dreadnoughts, stacked for the sake of strategic concealment, began encroaching on my region of space via routes that I hadn’t noticed in the floating movements of the war-torn galaxy. Arriving at the one of my many planets defended by a ship belonging to my fleet, the game cut to a Melee. I wasn’t aware of it during my first time with Star Control, but I was about to be taught a severe lesson in humility.

The Melee screen pitted the two ships against each other in a top-down, 2D format that is exceptionally reminiscent of Spacewar!, one of the first video games ever created. As my blue, boomerang-shaped ship warped into the space surrounding a large, orange Gas Giant, I steeled myself to fight the ugly, green behemoth that had arrived to face me. Flying towards the Dreadnought, I fired my main weapon in an attempt to damage the lumbering monstrosity. Several shots landed, but only a few orange dots depleted from the orange “Crew” dots, which was easily two or three times the size of mine. I grew unsure of my ability to best the ship – gripping the controller tighter in my hands and chewing on my lip nervously – I began trying to put distance between us.

It immediately gave chase, finally opening fire in response to my earlier transgression. Narrowly missing the powerful-looking bolts of energy, I realized I had a ‘Plan B’. The particular ship I was controlling was able to generate a shield, granting it momentary invulnerability. Thinking I would now casually outwit the silly computer-controlled player at my leisure, I began to turn around. Unfortunately, I failed to realize that the gas giant was also behind me – and that Star Control accurately portrayed the effects of gravity well. Slamming headlong into the planet caused enough of my crew to die that for the computer, it was a simply matter of closing in and opening fire. My ship became smoldering 16-bit wreckage and I looked on as the established planetary mining facility was obliterated from orbit.

Over the next several turns, I went from having a well established star empire to fighting a bitter, desperate retreat. Try as I might, there was no turning back and victory seemed to be a fading speck of light at an ever increasingly long tunnel. I angrily tossed the controller across the floor. It bounced hard, a small crack forming where the two lateral plastic pieces of the Genesis gamepad came together. In my frustration, I felt like the game was cheating me. But I stood up, walked towards the ruffled controller and resumed my game. 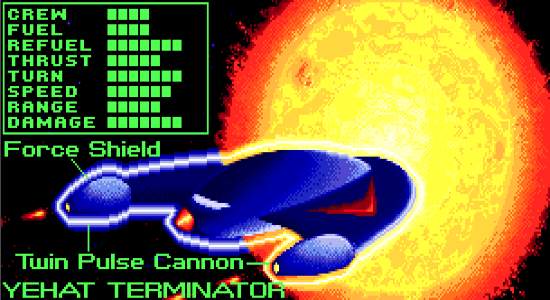 I wish I could say that I was able to pull a last minute victory for the Alliance out of my back pocket and gave the Hierarchy a sufficient beating. Even a pyrrhic success seems acceptable in hindsight, forcing a draw to the point that the game would just end. But, it wasn’t meant to be – Star Control refused to let up until either I or the damned computer had won.

Closing in on my main Starport, the enemy became tenaciously relentless. For me, it was one of the most terrifying computer opponents I had ever faced at the time. This wasn’t because of the difficulty anymore; it was due to the fact that my fleet, my bases and ultimately I as a player felt hunted. There wasn’t a single place in that small galaxy that the Hierarchy could find and destroy every last asset I had in that territory for making war. A final Melee ended predictably with my flagship being destroyed, my knowledge of its abilities gleamed from the experience of the loss. One loading screen later, my final bastion was unceremoniously destroyed. The computer had won this round.

That was a little over a decade and a half ago and to this day Star Control hasn’t gotten any easier on the most difficult setting. Despite lacking the AI of modern titles, the computer-controlled nemesis remains the bane of my existence. Not because it seems like it cheats, but in the flexible abilities afforded it by the creators of the game, it has maintained an unpredictability that can’t be match by any of the human players I’ve faced off against.

Exasperating as it is, there are few things in gaming or even life that are able to compare to the value garnered from experience. Win or lose, I still sit down with Star Control at least one a month or so for one of the campaigns followed by a quick round of Melee. Not because I’m a masochist or I enjoy growing weary when a game doesn’t go my way, but because it’s a humbling experience that reminds me why I enjoy video games: That there will always be a well-played round going hand-in-hand with a terrible one.

After all, if something wasn’t challenging it wouldn’t be worth playing, right?