Greek mythology has always been ripe with excellent subject matter replete with battles, heroes to wage them and the perpetual damsel in distress awaiting rescue. While the circumstances may be different as well as the path leading to the climactic conclusion, the end result remained consistent for years. However many divergences there may be between Altered Beast and God of War, they achieve synergy in the rich roots of their underlying source material.

Gameplay differences aside, both of them are harrowing titles that served to inspire players to great feats of glory, which is a commendable bit of design, regardless of perspective. Altered Beast put players in the boots of dead Roman centurions, raised from their graves to rescue Zeus’ daughter Athena from an evil demon. Across the 2D levels, players obtain power orbs – acting in the same way as modern day steroids – by making them obscenely buff in a very short matter of time. Upon obtaining a third orb however, players will transform from their human form to one of many multitudes of human-animal hybrids. While mythological pseudo-genetic monsters, there is little doubt about the sheer amount of damage the werewolf, dragon, tiger or bear-man forms can wreak upon the hapless enemies in their way.

On the other hand, God of War, the ultra-violently grim opus of David Jaffe has since redefined the platforming action genre with the creative design, dark plotline and innovative gameplay. Placing players in the sandals of Kratos, a former Spartan general turned enslaved-warrior in the service of Aries; God of War isn’t a story about rescuing anyone. It’s a saga of retribution; where the intent is to expressly make those who wronged the main character suffer as painfully as possible. Instead of morphing into a monster, it could be argued that Kratos has already become a monster thanks to the psychological trauma he’s endured as the tragic hero of the game. Armed to the teeth with weapons such as the Chains of Chaos, there is little doubt to the combat abilities of the Ghost of Sparta.

History notes that centurion was a rank in the Roman army; however Altered Beast opted to use Greek mythology similar to God of War a little over a decade later. One of the more memorable collections of lore, Greek Myth has been consistently ripe with an almost extraneous amount of exceptional storytelling that has been used across the expanse of video game history. Kid Icarus being another distinguished franchise and despite making the jump from 8-bit to next-gen consoles with little content in-between, it is still noteworthy as an admirable extrapolation on the basis content. 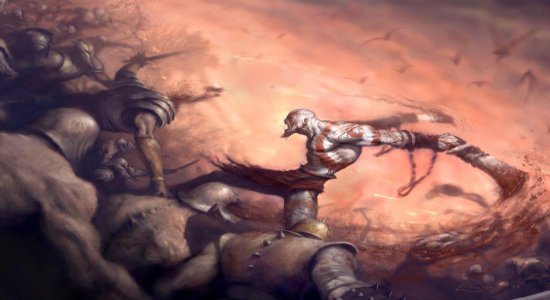 Regardless of being confined to the arcade prior to being ported, Altered Beast was still competent in end-product design when arriving to the Sega Master System and later the Genesis. Rieko Kodama and Makoto Uchida’s creation would later be ported to both the Wii Virtual Console and Xbox Live Arcade Marketplace to a nostalgically appreciable success. God of War however has since remained almost exclusively on Sony’s systems, namely the PlayStation 2, PlayStation 3 and PlayStation Portable, with at least one GoW incarnation appearing on mobile phones. Both titles overall though, fill suitable niches on their respective consoles filling roles other games would be hard pressed to fulfill.

Utterly though a blatant comparison between the two titles would be an exercise in outright foolishness. Given the amount of time between the development cycles of the games as well as the power of the native consoles they were created for, it would be like comparing one fruit of some sort to another fruit. While the futility of such a pursuit is quite obvious, it shouldn’t be completely discounted that the possibility of a next-gen Altered Beast title would be dismissed by the cult-following of fans the game originally garnered. But, with remakes such as the next-gen Golden Axe having been made – it acts as a warning for many potential designers who may be seized with the urge to show off their retro muscle. 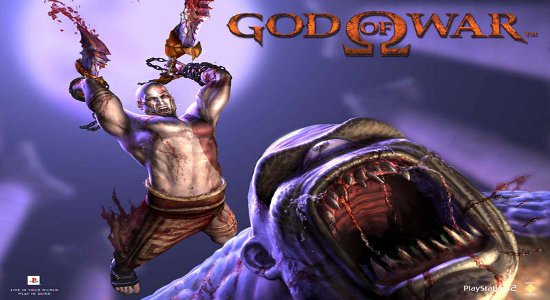 No doubt there is darkness in the sordid plot of God of War that Altered Beast wasn’t able to capture due to several technical barriers. But, this doesn’t necessarily make Altered Beast any less of a game when viewed as a 16-bit title. Moreover, it begs the question of suffered quality if God of War would have been created for a 16-bit platform as opposed to a console with the same capabilities as the system it was originally built for.

Ultimately, both games have exceptional qualities for the times they were created in and possess slews of gameplay mechanics that have continually enabled them to stand out form their contemporaries despite the passage of time that has occurred since their initial releases. Altered Beast is still one of the finest examples of 2D side-scrolling fighting from the Genesis and Mega Drive as evidenced by it’s porting to more modern systems to offer gamers, new and old, a chance to experience it once more. God of War, while newer has remained a respectable initial title in a series that has since exploded in popularity thanks to the incomparable gameplay and narrative that is steeped in macabre, mature themes. Regardless of what your preference is, few would be doing themselves a disservice if they found a controller in their hands playing either of these well designed titles.

Double Fine's The Cave Coming to Japanese PSN and eShop