I don’t play many fighting games. The last one I bought was Virtua Fighter 4 on PS2 and that’s because it was under $10 and developed by Sega. I played it for maybe an hour. I know games like Street Fighter 4 and BlazBlue are amazing games, and I can smell the quality emanating from the gameplay videos I’ve seen, but I have no incentive to play them. For one thing I’m horrible at them. Combos and just knowing when to counter and block are feats I can’t even start to comprehend.

I don’t know why it is then that Tournament of Legends interested me from the first announcement. It could have something to do with the developer, High Voltage Software, as I wanted to see what they would do following the Conduit. It could also have something to do with the “pick up and play” route they were aiming for. It sounded to be a fighting game I could handle and I wouldn’t even have to shut the blinds while I played to avoid embarrassment. 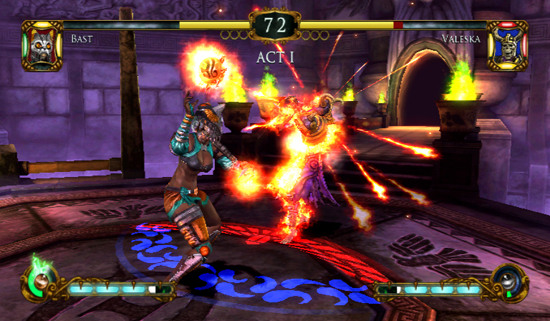 Tournament of Legends started off as a realistic gladiator fighting game, known as, Gladiator A.D. Eventually, due to a lack of inspiration and interest, High Voltage decided to lose the realistic setting and take the game into a mythological setting and let their creative juices flow. While I believe the decision to move away from the realism was a respectable one, there’s little found in the characters and environments that haven’t been seen before. Medusas, skeletons, and minotaurs have been around since the 8-bit era, and while all the characters have a nice polish and visual sheen to them, it would have been nice to see High Voltage take their creativity even further. There are moments of creativity like the giant automaton whose creator roams the arena in his motorized wheelchair while you fight but this is an exception not the norm.

The combat system of Tournament of Legends is a little more unique than the setting and characters. You use the control stick to move your character and waggling the Nunchuk and Wiimote will make your character punch with his left and right arm respectively. Slashing downward with the Wiimote results in your character doing a more powerful over-the-head smash. The B button can be held to turn your regular attacks into a slower but more powerful attack and the Z button blocks. Then there are the special abilities. By holding the A button and a direction on the control stick each character will perform one of four special moves that are specific to that character. The minus button will activate an enchantment which you pick before each match, and allows you to temporarily do more damage, poison you opponent, slow your opponent down, and a variety of other options. 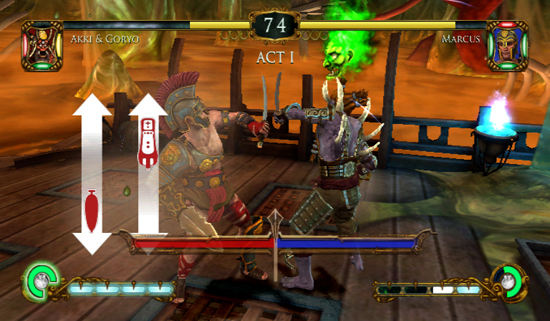 Soul Caliber or Street Fighter this is not. For one thing the speed and tempo of matches is significantly slower with more holding back and waiting for the perfect time to land a few hits. The motion controls are responsive when fighting and landing a succession of right, left, right combos feels natural after a few matches. Unfortunately, some of the random QTE’s that pop up in the middle of and between rounds don’t respond as well. It’s not a game breaker because the outcome of the QTE’s doesn’t make that big of a difference, but that leads me to believe that the game would have been better without them in the first place.

Remember when fighting games were just an arcade, versus, and practice mode? Well, that’s what you get here. No challenge/mission mode, no online multiplayer, no random extras. You can play by yourself through the Story mode or have a second player sit down next to you and battle it out with them. That’s all the game needs and for the budget price of $29.99, I wouldn’t expect more. How often have you bought a fighting game because it had an awesome single player campaign? Never, maybe? 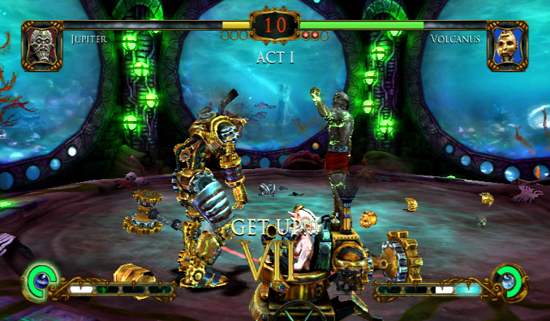 Tournament of Legends isn’t a game for everyone. Its simple controls, lack of online multiplayer, and effortless fighting mechanics will alienate a lot fighting game aficionados. Tournament of Legends isn’t aimed at that audience though. It’s for people who want something they can pick and play with anyone, regardless of skill, and still have a little fun. The learning curve is marginal and a new player should be able to put up a fight with an experienced player within a couple of matches. The amount of content is minimal compared to other modern games, but with the $29.99 price point, you’re getting your money’s worth.

Tournament of Legends gets a legendary B-.