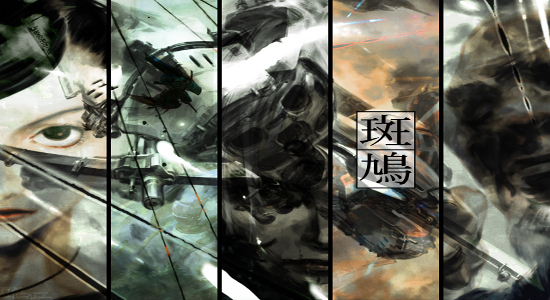 Treasure is the kind of game developer that not everyone may be aware of, but once they are remember them for the rest of their lives. Such is my case with Ikaruga, a shoot’em up (otherwise known as “shmups”) that has achieved notoriety in the gaming community as both a test of skill and source of absolute frustration. Regardless, it is a graphically beautiful on top of actually being very well designed.

After all, there are few things more unsatisfying to play than a shmup that is just an amalgamation of mechanics from other, superior titles that end up feeling soulless and cheap. Ikaruga couldn’t be farther from such a description. Treasure chose one gameplay characteristic to focus on and branched outward until they had created one of the most compelling experiences to ever appear on a Dreamcast.

Polarity is what it’s all about. Where most shooters would throw a preposterously insane amount of munitions and ordnance in your path from enemies travelling very basic flight paths, Ikaruga allows players to survive under the assumption that your ship is the same black or white polarity of the shot that are fired at you. Since only the contradictory color would obliterate your ship, it gave gamers a scale of invulnerability. On the other hand, absorbing bullets of analogous polarity would allow ships to charge up powerful attacks. 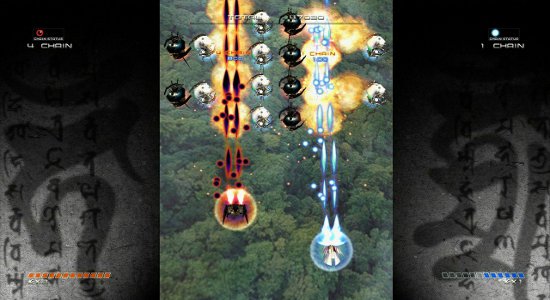 Easy to learn, impossible to master was Ikaruga’s lesson to the gaming community.

In retrospect, the game seems like it might be drastically easier than it actually is. But this isn’t the case. Sure, Ikaruga is as stunning as it is exigent, but it also refuses to give anything to the player without a fight.

Nevertheless, many players will sit down to Ikaruga intent on making it their bitch and will be disillusioned when the contrary takes place. I’m not saying it’s unfeasible to get through the game. On the contrary, it’s more than probable – but you have to have the tenacity to make it to the end. You have to want to complete this game. 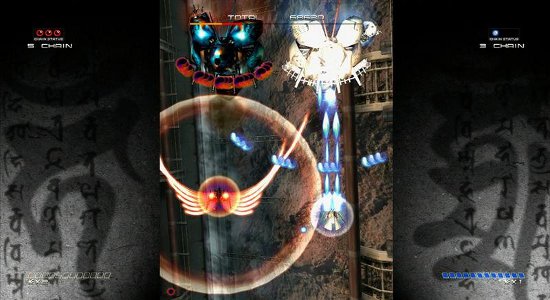 This isn’t Modern Warfare 2 on ‘easy’, so don’t expect this game to play with itself just to make you grin and feel good about yourself. Ikaruga was ported to the Dreamcast along with the GameCube and XBLA from its original place in the arcade and very little has changed between each of those iterations. It is still a visual pleasure that delights my eyes with merriment when I’m not wringing my controller in the optimism of surviving to make it to the next segment of a level.

Oh and you will clench that controller as the apprehension assails its way up the base of your spine. Ikaruga is one of the last great games to have a “sweaty palms factor”, which is when you have to pause or wait until a level is finished to set that controller down in your lap and get the perspiration off your hands because you were so fixedly occupied in what just happened. The game made you care about what was going on to the point that it made you edgy. Don’t worry; it gets a bit easier with time.

As purely gratifying as Ikaruga is, there’s little wonder that so many strategies cropped up around how to play the game. Submissively, ships can incessantly absorb bullets of the same polarization and bosses will eventually disengage. Aggressively, the game equips players they need to destroy every damn thing in sight – as long as they have the cleverness to endure and change polarities. Nonetheless, it only serves to emphasize the lasting impression its design has had on the gaming population and industry at large. 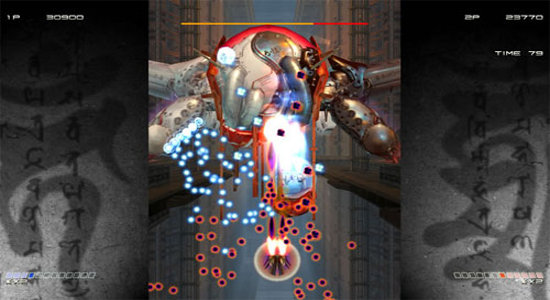 Despite slews of discontent caused by the moments of torture inflicted on me by this game, I still have nothing pragmatically but fond memories about it. The title is more of a growing pain than a nightmarish Hell. Where some experiences make you hate your life for ever pulling them off the shelf, Ikaruga reminds players that there was a time in the 8 and 16-bit eras of gaming that ability and gameplay came before everything else. And in the end it made anyone who invested their time in the game a more patient and ultimately a better player.

Why RE Code: Veronica is every bit as good as Resident Evil 4