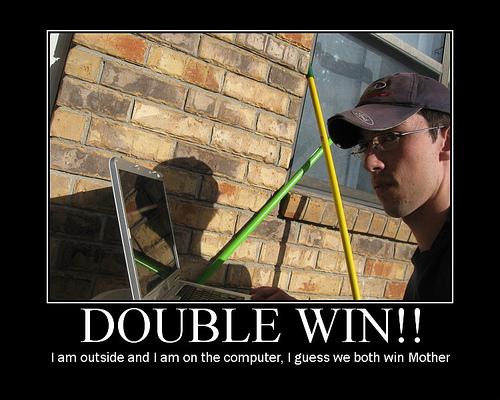 We're way cooler than this dude.

Every time I write Forum News I spend about half an hour trying to figure out how to introduce it. Usually I fail miserably and write a really boring one after writing the rest of the post. This week I’m not going to try because that seems edgy and original. Now that we’re all introduced, you should join the forums if you haven’t already done so. There’s been quite a bit of excellence in there the last few weeks, so it’s definitely worth the time to join up an start posting.

So lets see how we did on last week’s challenges:

That’s right, another flawless victory! Well, kind of. Challenge 3 was a bit of a stretch because there were about the same about of posts this week as there were last week, but a few people were gone this week, so I feel we deserve it. Not to mention we did everything else despite their absence. Good on us! This week is going to be really hard again, so get in the forums and start posting now!

Even though we got the challenge, the Trading Thread was pretty quiet again this week. Don’t forget that Matt, Kris and now even I have lists of games that we have/want. If you want a game, but don’t want to pay for it, check our lists to see if it’s on there or post your own thread. Don’t limit yourself to games, apparently anything from dead animals, to decorative plants are fair game. Basically, if you can pack it in a way that makes it seem legal, feel free to ask to trade it.

The Bar had a lot more activity that it has been getting, and it’s up to a reasonable amount of threads now. Despite this, nothing happened in the Bar thread all week. Probably because everyone was too busy stalking each other because now not only can you stalk us on the social network of your choice, you can stalk us in real life if you decide you need to do such a thing thanks to our new Where is You thread. That’s right, now you can potentially go to our houses, take photos of us doing embarassing things (for the sake of keeping a PG rating we’ll pretend I mean something like enjoying Sonic 2006), then link those things to our online identities. Or just call us gay on our formspring accounts.

This is more along the lines of what I meant.

Are you tired of working for the man, hating everyone you work with, getting no respect, becoming disillusioned with life, and overall feeling a sense of alienation? Well good, because now we have a thread where you can release your frustration, and be momentarily happy again! You can also be a jerk and talk about how your job doesn’t suck.

As for the Music/Movies/Books/Comics/Stuff, Non-Sega Gaming and Sega Games and Consoles sections, most of the activity that occurred was in established threads. I’ve talked a lot about these threads already, and everyone seems to know they exist, so I’m not going to go into too much detail. Some new threads did come up though. What’s your favorite movie of all time? Tell us here. Here you can tell us about popular bands that you dislike. Finally talk about Sonic Colour’s music here. That game’s music seems pretty popular around the community, so it’s no surprise it has its own thread. It’s worth your time to check out all 3 of these sections if nothing else because there are a lot of fun threads in all 3 right now. 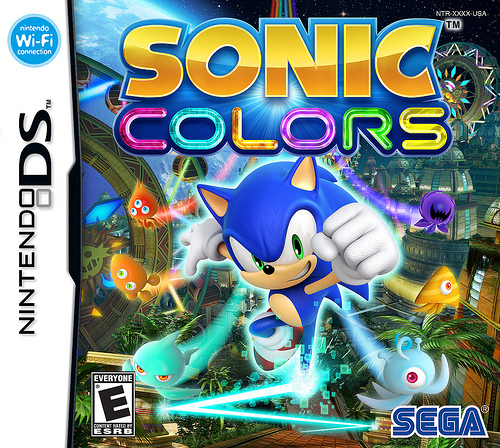 We're all pretty excited about this game.

Did you like this week’s podcast? Of course you did, it was awesome. Well you can talk about it and the glory of puzzle games here. Do you like Forum News? I should hope so if you’ve read this far into it. Well anyway, you can catch up on the weekly challenges and discuss the feature as a whole here. Aside from my shameless self-promotion, you can find threads to discuss all your favourite features like Mega Driving, 10 Things That Aren’t Sonic, Top 10 Worst, Underappreciated Gems, or almost any other weekly feature in the Sega Addicts Podcast section.

The food section was pretty quiet as well, though there is a fun new thread to talk about. Now we can discuss our favourite types of foreign food. My favorite are shwarmas (Firefox thinks I meant to type dishware), how about you? Tell us right now! Also, make a damn man meat joke already.

So let’s get to this week’s challenges.

I guess those aren’t as hard as I threatened 5 or 6 paragraphs ago. The meme one might be hard, but I think we can do it. I’ll do something super crazy next week if we manage to do them all. Maybe I’ll do this post in really bad French, or maybe in 1337-speak. Or maybe you’ll all let me down and I can add this job to the list of jobs I hate.

Forum News: Forgive me for this one