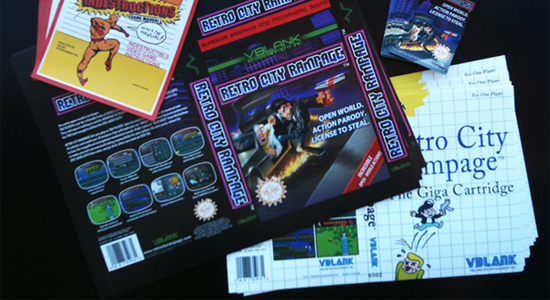 If you haven’t heard of Retro City Rampage yet you should definitely check it out. To put it simply it looks like Grand Theft Auto if it were created for an 8-bit console like the NES or Master System. From the early trailers so far it seems there will be plenty of nods to games of old and I can’t wait to finally get my hands on the game and play it.

Anyway, back to the topic on hand. It seems developer Vblank has created some nifty goodies to give away at PAX and one of them is artwork for the game that mimics the Sega Master System insert design. It’s amazing.

So far, Retro City Rampage has only officially been announced for WiiWare but it is believed that it will be released for other platforms, as well.

Retro City Rampage to be shown off at Minecon

Poll Results: What is the best Wonder Boy game?