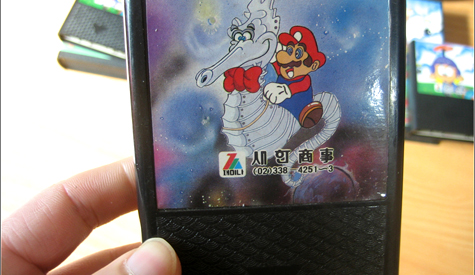 When I started writing this post there was a copy of Super Boy III for the Japanese Sega Mark III (Master System) available for purchase on eBay. As of now, it’s been purchased for $60.

Regardless, the Super Boy series is quite infamous on Sega consoles. Developed by a Korean company, Zenima, the first two games were major ripoffs of the first two Mario games for Sega consoles as well as MSX systems. As with most pirate games, the quality didn’t quite match those of the original Mario games with off visuals and terrible physics. The third and fourth games in the series had a little more original level design but still retained the Mario sprites and terrible physics of the previous games.

I personally find the Mario riding a robotic seahorse with a bow-tie to be very faithful to the series.

Alex Kidd gets an HD upgrade from fan