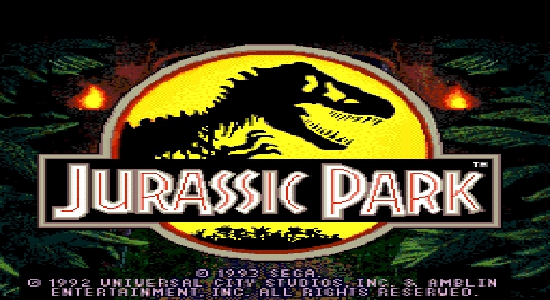 I’m going to go ahead and toss this out there now. Dinosaurs are awesome. No 65 million years in the making awesome, but just plain damn everyday crazy awesome. I know that sounds like a bit of a stretch, but as a kid, on of the first things I can remember wanting to be was a dinosaur so – in my book – at least it all makes a perfect amount of sense. But what does this have to do with video games or even Sega, I’m sure you’ve already asked yourself. I certainly hope you remember Jurassic Park, because you’re about to be in for a very bumpy ride.

For those of you who may not remember prepare for me to go all Reading Rainbow on your ass for a brief moment. Jurassic Park was written in 1990 by Michael Crichton and usually falls into the same vein as most cautionary tales that have to do with biological tinkering or ‘playing God’ when it comes to creatures spawned on even the most minute of genetic levels. Utilizing mathematical concepts such as Chaos Theory, which postulates the sensitivities of dynamic systems that are usually susceptible to small changes that can have staggeringly overwhelming effects, Jurassic Park illustrates how even the most nominal effects on a system can result in drastic, frenzied change. Additionally, philosophical implications come into play in order to properly explain the destruction of the facility towards the end of the narrative, while still offering readers one hell of a ride along the way. 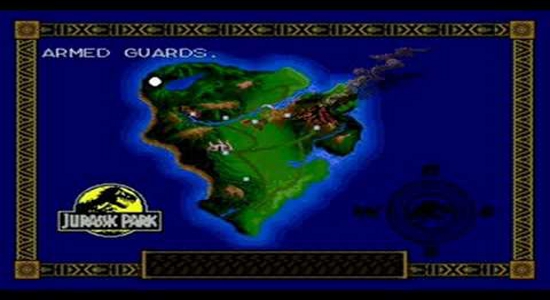 Taking place on a small island well off the coast of Costa Rica, a billionaire decides it’s a brilliant idea for his company to genetically engineer dinosaurs thanks to dinosaur blood found in mosquitoes that were then trapped in amber for several million years. Despite the initial excitement of seeing living, breathing dinosaurs, things quickly get out of hand and people quickly go from being scientists to soft fleshy human delights that are soft on the outside and chewy on the inside. While grim and terrible, the park ultimately gets destroyed and is reclaimed by the dinosaurs the humans saw to control before the end credits role.

Now, it is easy to see why this billionaire attempted to create dinosaurs – simply said, they’re fucking awesome. No mincing words about that in the least. Perhaps the coolest animals on Earth, they’ve been a propriety of imagination since the first bones were discovered showing that reptiles were one of the first major species on the planet. There are no words for how cool creatures like Tyrannosaurus Rex, Triceratops and Stegosauruses are because I know that all of you, deep down, would totally keep one out back if you could and give it a silly name like Spike or Einstein or even Darwin in the most ironic sense possible. But you have to be careful of Velociraptors, they’re the clever douchebags of the dinosaur age, which coincidentally brings me to Jurassic Park on the Sega Genesis.

Jurassic Park was developed for the Sega Genesis by BlueSky Software and published by no other than Sega to be a licensed film tie-in for the Universal Pictures release of the film sharing the same name roughly 2 months prior. Comprising a team that included Doug TenNapel, the same guy who brought us all the beloved Earthworm Jim, they spent a bit over a year and a half working on the game, which at the time was unheard of for a development cycle. Using the same type of stop motion photography that was used to give life to Goro in Mortal Kombat, the dinosaurs were able to be created in their full 3D glory. At the time, Sega claimed that the game features ADI, or Artificial Dinosaur Intelligence, which gave the dinosaurs the latitude to react differently during each encounter to make ‘no two games ever the same’. 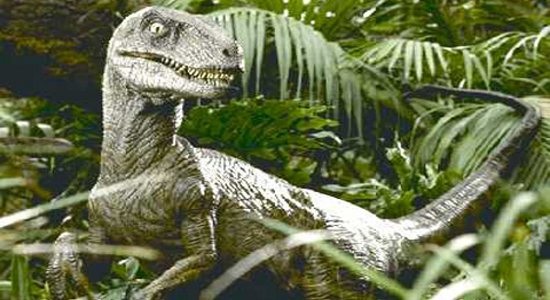 While there were some levels that were easily telegraphed to a point, it nonetheless stands to reason that the game, regardless of its license was well-made to the point that it is a classic amongst games today.

After all, despite being a solid action title, it could just as easily be considered a platforming title. The interesting thing however, is that it easily fits into both genres exceptionally well and doesn’t skip a beat in qualitative gameplay. Allowing you to play as either Dr. Grant or a goddamn Velociraptor, when presented with this choice several years ago, the choice was pretty simple for me. 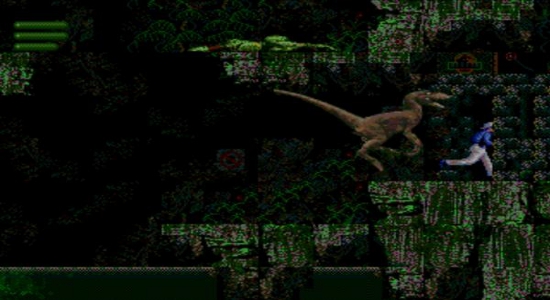 Released after having its pen struck by lighting, the story campaign for the dinosaur is basically meant to illustratively give the player the idea that they’re spending the entire game stalking the island to get their claws on Dr. Grant, whose campaign kicks off moments before as far as the games timeline is concerned. Despite having some difficulty going toe-to-toe with other dinosaurs encountered in the game, namely the T-Rex, the Raptor has no issue whatsoever about tearing soft pink humans to pieces. And that is what makes the majority of the game fun.

Running through the various levels of the game as a raptor, which can lunge further and attack a bit easier than its human counterpart, it is twisted and awesome for the sole fact that it makes you feel like you’re a dinosaur in the most cohesive sense of the word. You fight other dinosaurs, pick off humans and restore health either by eating generic meat found throughout the level or chewing on one of the smaller dinosaurs. Suffice to say, if you like dinosaurs and enjoy cohesive game design – this is a game for you.

And realistically, what’s not to love? Dinosaurs are fucking awesome and even if I said that a whole lot more, I still don’t think it would properly encapsulate my love for them. I know, deep down, that if a man was selling mysterious eggs on a street corner and there was a chance they might be dinosaurs, I’d jump at the chance. Unfortunately, the odds of that occurring are the same as me inventing a time machine.

I suppose my only quip with the game is the fact that if you do choose to play as the raptor, you get shafted a bit and can only play through five of the seven levels while human players get to enjoy all seven levels. Fortunately, there is a significantly more awesome crammed into these levels because, as I said prior, you get to play as a damn dinosaur. If that doesn’t do it for you, you must be some sort of evil dinosaur-hating space nazi-communist.