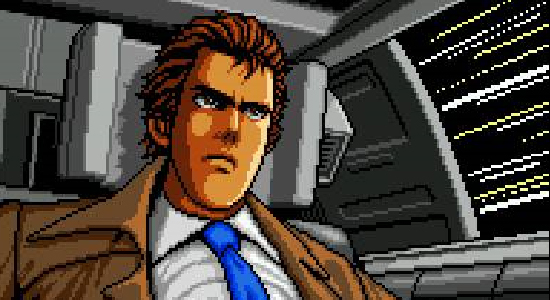 According to Kojima’s Twitter account, there were two crazy ideas that never made it into the final release of Snatcher. The first was coating the disc with a paint that would smell like blood. The heat from playing the game would warm up the disc and the smell of blood would then fill the room thus putting you right into the crime scene.

The other idea was to have hidden characters on the disc that would only appear when the disc got hot. Kojima’s plan was that you wouldn’t take the disc out of the system until you finished the game and the main character’s last words would be visible on the disk.

Both ideas would have been brilliant if they had been implemented and actually worked. They were both planned for the original PC88 release but I wouldn’t be surprised if the SegaCD version would have had utilized the ideas as well if they had made it into the original release.