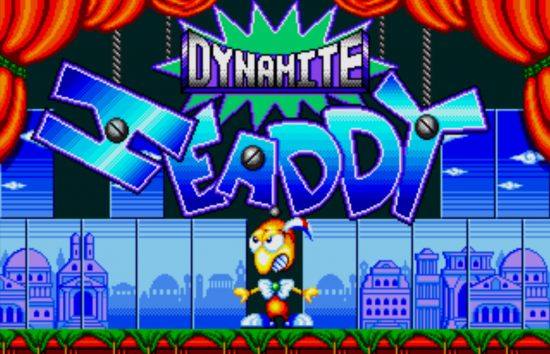 Dynamite Headdy is quite a unique game. Made by Treasure, it’s a game that masquerades as a simple mascot platformer and lulls you into a false sense of security. You think, “Pshh, I’ve played these games before. Jump on the guy and grab the thing, right?”

But, remember, this is a game made by Treasure. Dynamite Headdy will kick your ass. This is a game I owned as a child. It got a lot of playtime on my Genesis as a wee one and yet I barely remember anything past the first couple levels. That’s because I never made it past those levels. Even though I could barely defeat the second boss, I must have played that cart almost as much as Sonic 2. Something about the presentation of throwing shit at you left and right without half a chance to think makes Dynamite Headdy a frenetic and crazy experience. 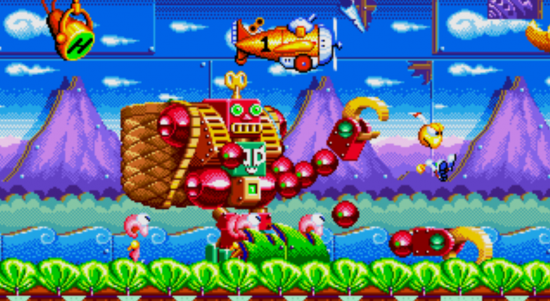 Headdy presents itself as some kind of puppet show. The backgrounds look flat and layered like they’re being held up by rope and painted on cardboard. The enemies come at you on strings and sticks with stilted, limited movement. Often there’s so much happening on screen that you can’t tell who’s an enemy or just an NPC running by. Little of the game is spent running through a level fighting baddies and doing any actual platforming. In fact, even though it controls and boasts itself as a platformer, Dynamite Headdy really isn’t one. It’s a platforming character who happens to be adventuring through a run-and-gun.

Also like Mega Man, Headdy has a selection of other heads that give him special powers like hammer head. 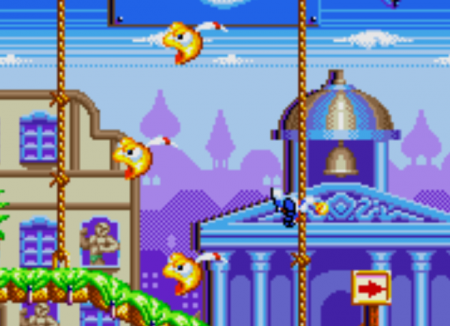 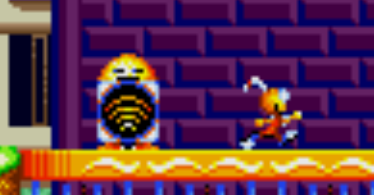 Or shrinky head. Plus many more.

Keeping with the fast-paced tone of the game, all the heads have a time limit. Often in platformers with power-ups, the player will find his favorite and hang on to it as long as he can. Why be fireball Mario when you can fly? Dynamite Headdy throws situations at you where whatever head you’ve picked open up several different options for how the player can tackle an obstacle. You could shrink and run under it through a series of pipes or use Headdy’s spiked head power to repel up the wall around the section. The game becomes totally replayable when you’re given these options, which is great because Game Overs WILL happen.

Dynamite Headdy is a totally great game with fast-paced gameplay, wild visuals and some really interesting boss fights. No two levels are the same. It almost feels like Headdy is travelling through different games rather than different sections of the same adventure. I’ve always been a big fan of the title, which leads me to ask where has Dynamite Headdy been? No sequels, 3D rehashes or even references to him in other games. Maybe he’s popped up in the back of some Treasure games but that’s not enough for me. I want more Dynamite Headdy. Get on that, Treasure.