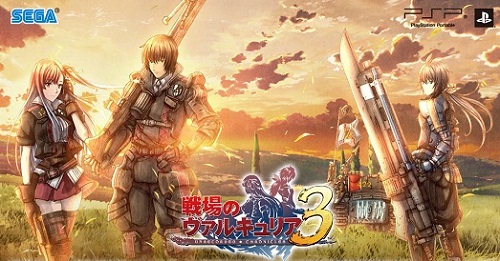 Twinned with the release of Valkyria Chronicles 3, there will be a two-part OVA (Original Video Animation) series release at the same time via the Playstation Network.

The story will focus on the exploits of the main heroes of the game, making sure to focus as much on the equipment and tanks as the actual characters themselves which seems to suggest a decent mix of action and drama. The anime adaptation of the original game managed this pretty well, and I’m glad to see that A-1 Productions are again in charge of creating this OVA, although under new direction.

This is all especially interesting as it was also announced there will be some kind of connectivity with the full PSP game in the form of downloadable content. At the very least, this announcement made me realise that the female lead of Resonance of Fate shares the same voice actress as Riela in Valkyria Chronicles 3. Which is nice.

It’ll be released in the Spring on PSN, with no international release dated, but we’ll keep our eyes peeled.