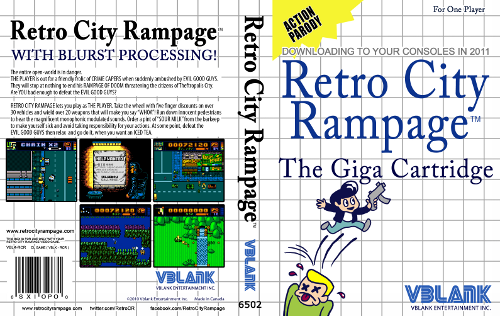 Hey this isn’t technically Sega related, but still relevant to your interests! You know that awesome game Retro City Rampage? Well it’s coming out on XBLA now next Summer! Radical! Personally I can’t wait for this, and I’m super excited that this can get the creator, Brian Provinciano some more money, so he won’t have to beg for it to make his next game. The 360 version will also contain some extras such as a character creation tool and a challenge mode. The WiiWare version of the game will come a little bit later but you can expect the game to be well worth it.

In other Retro City Rampage news you can download the header image at the top by beating level 19 in this online indie game calender! You can use the image to then make your own Master System box! Complete with that weird grid Sega used to make all their games look dull.