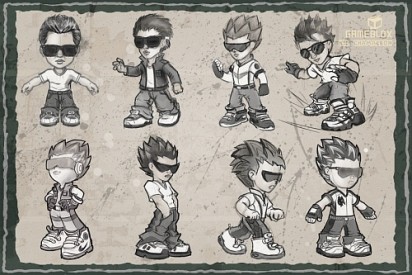 The Evolution of Chameleon

Developer Gameblox recently announced that they’ll be working on a new, unofficial installment of one of Sega’s many forgotten mascots, Kid Chameleon. The main character, who will be referred to as “Max” in the game, is already being displayed in some concept art on the Brazilian developer’s website (some of which you can see above), and so far is looking pretty faithful to the original (I personally love the wrap-arounds on some of these early shots).

I’ve never been a huge fan of the original, but I know a few people that will be frothing at the mouth for this. Honestly, I’m very intrigued to see if Sega reacts at all.  It’s been ages since we’ve seen the revival of a dead Genesis character. Are you guys psyched at some of the possibilities? Anyone pissed that the character could potentially lack that iconic leather jacket?

SNES VS Genesis – Who has the tougher cartridge?