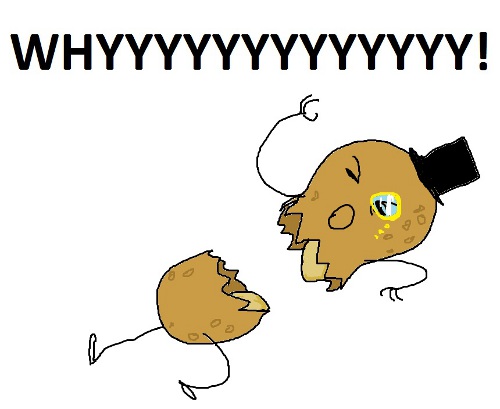 Stevie Grant- Writer of Top 10 Worst and Boss Attack:
A friend got me the TellTale holiday bundle a while ago so I’ve been playing a lot of Strongbad’s Cool Game for Attractive People. It’s funny and stuff. I played and completed both Super Mario Sunshine and Luigis Mansion. Man the GmeCube had some real gems. No Sega this week, apart from Ristar. Woo.

Brett Hatfield- Community Manager and writer of Megadriving:
Well, my PS3 mysteriously brick’d itself Monday, so I’ve mainly spent the week playing my Dreamcast. Sonic Adventure 2 and Crazy Taxi, mainly. I’ve kinda rediscovered my love for the former, there. Then I got a new system, so while I wait and see on if I can restore my old data, I’ve just been playing stuff I had backed up saves for, or don’t really need saves for, like MGS4, Tekken 2, Sonic 4, and to break in this system just like my first one, Sonic ’06… Which I was terrifyingly competent at.

Alexander Sargeant- Writer of Retro Reviews:
Finished Ghost Trick, it’s really pretty bloody brilliant, but saying any more would spoil the fun. I do think Missle the Pomeranian is my favourite character in a game ever, though. I also played Ranger-X again, because I had to make sure I didn’t dream that game up. The building assault is just stupidly pretty.

I attempted to play Koji Igarashi’s maligned character action game Nanobreaker, mostly because Crispin Freeman and Steve Blum play rival cyborgs. It’s quite terrible. Nice ideas, but ultimately if you release an action game where there are almost no passive ways to restore your life bar at all, even after death, you shouldn’t be surprised if it’s forgotten by those fortunate enough to be able to get it out of their head.

That’s sadly it, because I’ve run out of new games to play at the moment. Instead, I’m playing Front Mission 3 for the first time and contemplating playing Shin Megami Tensei: Nocturne (Released here as Lucifer’s Call) again, because it’s one of the best games I’ve ever played. I’ve also pre-ordered Deathsmiles Deluxe Edition at an almost insultingly cheap price, which I just had to mention as excited is literally oozing from my finger tips…*squelch*

Josh Newey – Writer of With Great Power Comes Great Games and Underappreciated Gems:
After snatching it on Amazon for a measly 20 smackers, I started up a game of Majin and the Forsaken Kingdom this past week, and boy am I in love. The game is great, but I’m even more enamored with Teotl, the massive, grassy troll accompanying you on your adventure. His character is so freaking adorable that I find myself wishing that the developers had added a couple more superfluous commands that allow me to hug or scratch the big lug behind the ears. Every time he trips over his own feet or giggles in anticipation of some fruit, I let out an audible “AWWW,” after which I glance around my room to see if anybody heard me. It kinda makes me wish there was a live audience laugh track in the game so I didn’t have to feel so stupid being this emotionally touched by a giant creature that sounds like Patrick Star. The rest of Majin is pretty fantastic so far, even if the basic premise has been done to death lately (the enemies are a cross between the Heartless from Kingdom Hearts and the Shadow Beasts of Twilight Princess, really). I must say though, I have been pleasantly surprised.

I also played the Dead Space 2 demo three times over this week. I cannot WAIT to get my hands on this game. The first is one is one of my favorite horror titles of all time, and I’m so relieved to see that the new title looks like it maintains the same white-knuckle intensity as the original. I just hope Isaac doesn’t get too empowered with this new emphasis on action.
Also played Sonic Adventure, if only to get a ten hour save file, just so I can get the Sonic shoes for my avatar… Don’t judge me.

Pat Reddick- Community Manager/ Writer of Forum News and Not-so Classics:
I haven’t been playing a whole hell of a lot, and nothing Sega related unfortunately. Just some Mass Effect 2 and Dragon Quest 9. Both games improve over the last game I played in either series, and they’re very hard to put down. Next week I promise I’ll do something Sega-related.

Kris Knigge- Reviewer and Podcast Co-host:
I’ve been absolutely swamped the last few weeks, so I haven’t been able to play much of anything. I’ve had my 5 year old cousin over at my place this week though, so I’ve been having him try a couple of 360 games. He loves Burnout Paradise, but didn’t understand the glory that is Virtual On. Absolutely shameful. I did get to play the Dead Space 2 demo though, and I am thoroughly hyped (even though I never finished the first one).

I also played some Crackdown 2 with a friend. The game is bad, but it can be pretty silly when you and a friend are both fully upgraded and playing with magnets.

Tom Kyzivat- Artist and Podcast Co-host:
I beat Jet Set Radio Future! And only nine years after everybody else did! Yay me. *confetti*

So that’s it, I’ll see you next week, have fun and remember to tell me what you’ve been playing in that sweet little comments box!

Mario and Sonic at the London Olympics gets release dates, yellow box