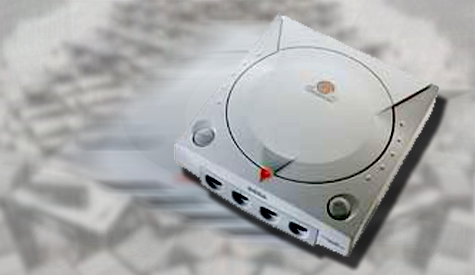 The Dreamcast is known for having a variety of good to amazing games that get mentioned by fans constantly. We’ve all heard stories of peoples’ undying love for all things Power Stone, Shenmue, Jet Set Radio, etc. but what about the rest of the Dreamcast’s extensive catalogue?

Some of my favorite games on the Dreamcast are ones that only occasionally get mentioned in features or articles on the Dreamcast if even at all. It’s understandable as some of these games are nowhere near as polished or universally acclaimed as many of the Dreamcast’s bigger titles but if you’re able to look past the flaws you may discover a whole new layer of Dreamcast games you missed out on.

Hit the jump to read about some games! 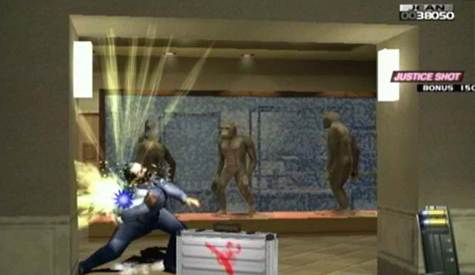 Developed by Hitmaker (Crazy Taxi, Virtua Tennis, Segagaga), Confidential Mission seems to be a rarely spoken of lightgun game for the Dreamcast. While the great House of the Dead 2 port is reason enough to own a couple of lightguns for the console, Confidential Mission can help you justify the purchase a little more. The game itself plays a lot like a spiritual successor to Virtua Cop only with a James Bond spy theme. It’s short, like most lightgun shooters, but there are a few unlockables and if you have a partner to play with you’ll probably have a good time. 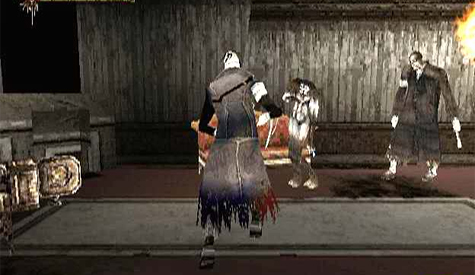 I don’t know what it is about Nightmare Creatures 2 but it’s a game that always sticks in my memory. The visuals aren’t that great as it’s basically a port of a PlayStation game. The gameplay and level design is a little stiff and repetitive. Plus, the use of some Rob Zombie “classics” in the soundtrack doesn’t really work. However, the game has a great horror atmosphere that still sticks with me ten years later, and that’s something I can’t say for some games I’ve played in the last five. I can still remember rushing home from school, popping in Katatonia’s “Last Fair Deal Gone Down” album and playing away. It was fun, had some great enemy designs, and you played a guy escaping from a mental hospital. If you like horror games, check it out. 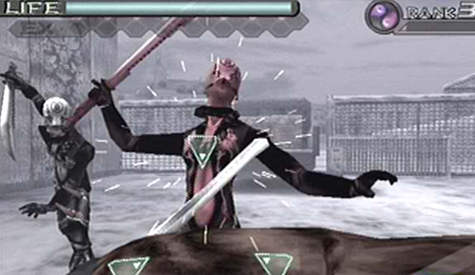 Maken X is one of the few games in Atlus’ Megaten Universe that isn’t an RPG. In fact, it’s a very strange FPS and melee fighter hybrid. The story consists of you gaining control of a “Soul Sword” that allows you to take over other characters bodies. Each character has different strengths and weaknesses which make for some mild variety in the gameplay. The visuals aren’t too amazing but I can’t say I’ve played any game like it. Due to the game’s focus on melee combat the game is deliberately slow-paced and one of the main complaints for many critics. If you’re looking for something completely different on the Dreamcast and enjoy some surreal Japanese design I highly recommend giving the game a chance. 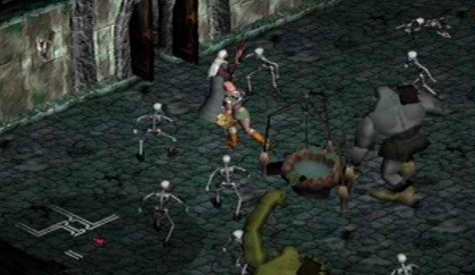 Record of Lodoss War has more in common with PC RPG’s than anything traditionally seen on console. Taking many gameplay elements from Diablo with the Lodoss War license, Record of Lodoss War is a well done hardcore action RPG for the Dreamcast. The game is long, there’s quite a bit of customization and loot to be found, and it’s quite difficult. The first part of the game is especially hard and I almost gave up many times thinking I’d never be able to make it past the first couple hours. I did stick with it and was rewarded by a deep RPG experience that’s like almost nothing else on the Dreamcast. The developers, Neverland, would actually go on to develop Shining Force EXA for Sega along with the Rune Factory series for Natsume. 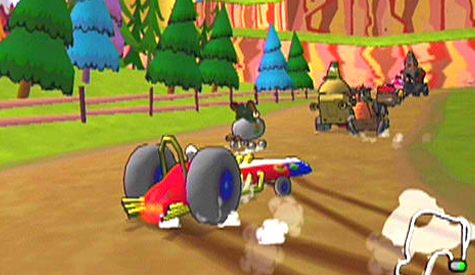 Wacky Races is my personal favorite kart racer on the Dreamcast. The Hanna Barbara license works perfectly for a kart racer and Infrogrames did a great job of infusing the show’s personality throughout the game and its characters. There are a few mild annoyances with the game’s extreme catch-up element and some of the game’s level designs require you to play the level a few times before you really know where you’re going but overall it’s a beautiful game to look at and play with a few friends. 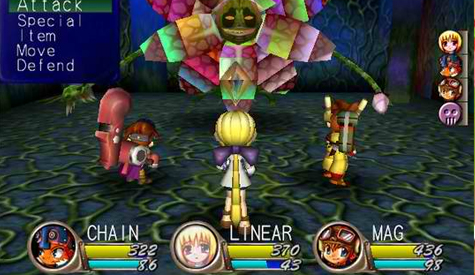 Evolution was one of the first RPG’s on the system and remains one of the few I’ve ever actually finished. It actually plays a lot like a simplified version of Persona 3’s dungeons and the simplification works in the games favor. All the levels are randomly generated, you have one town you go back to between dungeon crawling, and the combat is quick to pick up and understand which makes it easier to start planning out strategies for your turn-based battles. The cute graphics and characters help give the game a memorable atmosphere but can be a little misleading as some of the latter levels and bosses get incredibly difficult. The sequel plays more like an expansion with more of the same and subtle improvements and I recommend both to anyone looking for more Dreamcast RPG action. 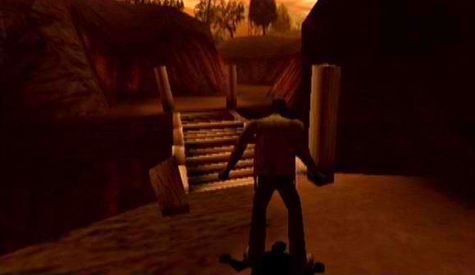 Shadowman has hands-down some of the most atmospheric moments I’ve ever experienced in a videogame. From the very beginning when you’re exploring a southern desert with the sound of wind chimes playing in the background to the extremely creative take on the afterlife, this game is full of amazing moments. It plays a little like Tomb Raider mixed with an open world third-person shooter and it’s a combination that works pretty well. I’ve heard the PSOne and N64 ports leave a lot to be desired to definitely pick up the Dreamcast port if you’re interested. It’s amazing and has one of the scariest moments of any videogame I’ve ever played. 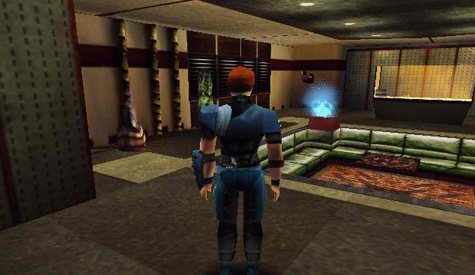 Before Indigo Prophecy and Heavy Rain there was Omikron and it remains my favorite Quantic Dream game to this day. Omikron is one of the best adventure games on the Dreamcast and plays a little like a futuristic Shenmue. The game is a little buggy and you’ll notice slowdown and strange glitches occasionally but it’s worth pushing through for the huge adventure you’ll embark on. Most of the game is your typical running around while figuring out puzzles a la most adventure games but you will suffer through some less than average FPS and fighting segments. My recommendation: change the FPS controls to having the joystick look around the buttons be mapped to movement. It will save you a few heartaches. Also, if you need any other reason to buy this game you can witness several David Bowie concerts in game as he performs with his fictional band, The Dreamers. 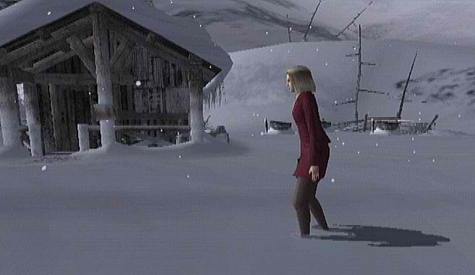 D-2 is a survival horror game and, like Omikron, has several gameplay styles mixed together, although this time it works out much better. The majority of the game is spent in third person as you run around outside getting from place to place. However, there are random battles that play like House of the Dead 2 without a lightgun and then interiors are explored from a first person perspective as you look for items to further your progress. It’s weird, it’s fun, it has tentacles, it has somewhat erotic tentacles occasionally, it can be scary, and you should play it. They did make a movie based on the game but I was disappointed after renting it from Netflix. I don’t know who wrote the script but this game has nothing to do with ice hockey… 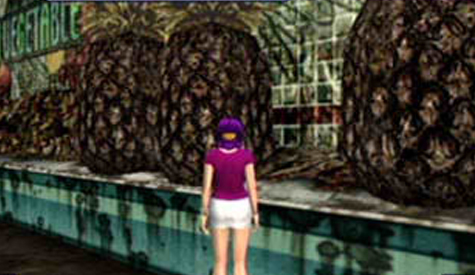 Oh my god, Illbleed… I love you and if my wife and I were polygamists we would welcome you into the family. This game is a godsend to any horror fan out there as it basically lets you play through several made up movies that mimic a variety of B-Movie clichés and aesthetics. I think the most amazing thing about it is it remains both funny and horrifying often at the same time. A few moments stick out in my mind: getting chased by a burn victim with a torch who’s mad that his baseball star son got killed in a fire, a talking evil cake, a demented surreal Toy Story parody, visiting a factory that turns humans into wood puppets, and blood… lots of blood. If you’ve ever wondered what I wish for when I blow out all the candles on my birthday cake it’s for an Illbleed sequel. Well, that and a pony.