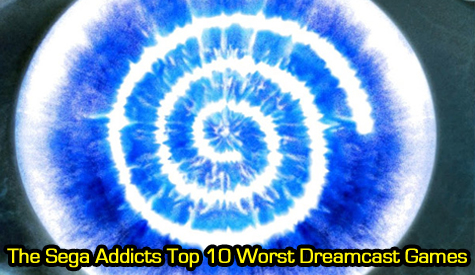 Last week, the Sega Addicts gathered together and determined the Top 10 Best Dreamcast Games once and for all. It was a joyful experience as we all discussed our favorite games, ate pizza, smiled, tickled each other, etc.

This week was different.

To create this Top 10 list of Worst Dreamcast Games we had to delve deep into the netherworld of Dreamcast gaming. The one that never gets spoken of. Fans like to remember the Dreamcast as the perfect system but that’s just not the case. There are some skeletons in the closet and we’re here to put them out in the open. 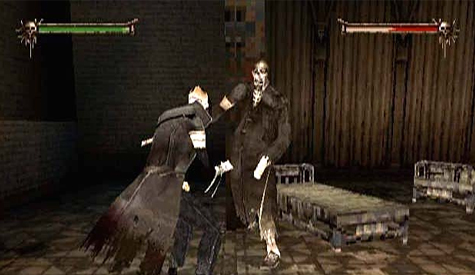 Mike Kyzivat: Now this game I’m a little on the fence about, because on one hand, it’s a horror game (always a plus for me) and it’s got Rob Zombie music in the game. I guess this game is not horrible, but it just falls so short of what it could have been. The graphics are only slightly better than the PS1 version, which is not saying much, as things are very boxy in this game, and the combat is just very lack luster. In fact I remember the collision detection being pretty bad. This is a case of a game that could have been good if it wasn’t just a cheap port of an older game. 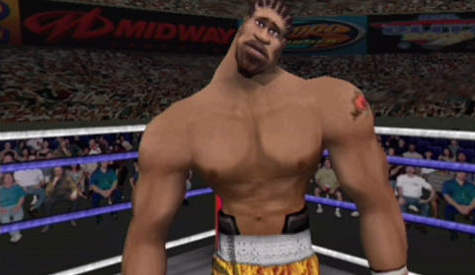 Sven Wohl: A few years ago, when I got my Dreamcast, I’d buy literally any game in order to have something to play on it. Rarely did I regret buying a game for that system so much. I actually remember putting the game in for the first time, playing it for 4 minutes and then never touching it ever again. Controls are unresponsive and a mess, if you actually figure them out. I went back to it today and was surprised how mediocre the graphics are and how hard the Arcade mode of that game is. Also, the German translation is quite lackluster and that’s unfortunately the only version on the disc. Overall, it has been quite the disappointment. 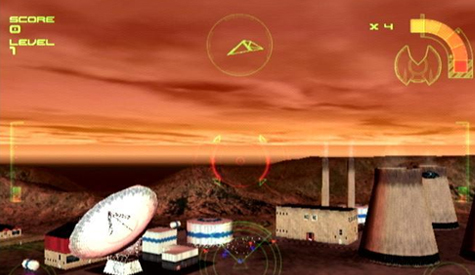 Brett Hatfield: I got Incoming when I bought my Dreamcast, along with Test Drive 5, and while I’d never heard of it, I thought I’d give it a try. Completely regret it. It’s… Just not fun. At all. I can only describe this game as just bland and boring at best, and incredibly wonky in the flying levels. After Burner, you are not. If you see this game for two bucks at a flea market, do yourself a favor and save that two bucks for something you’ll have more fun with, like a hot dog or mouse traps. 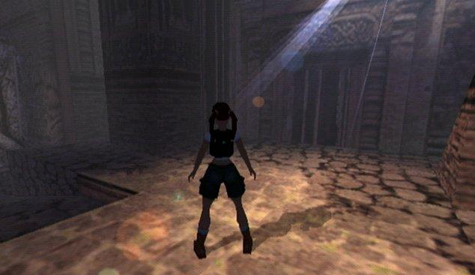 Scott Morrison: Tomb Raider: Last Revelation marked the downfall of the “breast” adventure series in the 3D realm (don’t tell me you didn’t see that coming). I think this game also reinforces the fact that as Laura
Croft’s chest grew, the series’ gameplay lessened.

The controls in Last Revelation were anything but comfortable. If any game needed twin analogs sticks it was Last Revelation, but that doesn’t excuse the developer from not designing it to fit the Dreamcast controller. Using the directional pad was painful enough when you didn’t have to make a 180-degree turn to find the exact position to pull a lever. Last Revelation brought new moves and abilities to the table such as grabbing ropes, and sneaking around corners, but none of these additions take away from the simple fact that this was just another Tomb Raider game. The same story applies: Laura Croft is looking for treasure, and must fight enemies and animals to obtain said treasure, while wearing shorts and a tight t-shirt. The level design was nothing that had not already been seen in any Tomb Raider game prior, which quickly made the game repetitive.

Last Revelation should have been called “Last Hope,” because the game was the final opportunity to continue Lara Croft’s relevance and it failed in doing so. 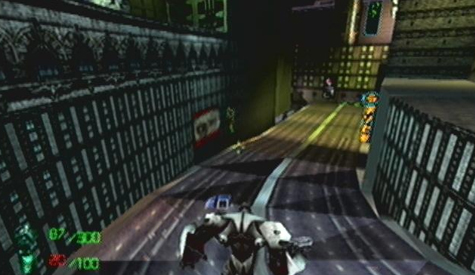 Josh Newey: I’m still conflicted as to how much of my ire for this game is borne from just how betrayed it makes me feel a good ten years after I initially played it. Here was a game that promised to place me in the shoes of a forty foot tall city-squashing robotic death machine bent on destruction. Of course I was going to put my hard-earned cash down on something whose title sounded as enigmatic and auspiciously mysterious as “Slave Zero.” Instead, what I received was a game so crushingly banal, so devoid of substance and inspiration that I can’t believe I made it through its entire blocky, grey-black world without driving screws into my eyes to make sure I could still feel. Environments lack the slightest semblance of scope necessary for the player to feel powerful or dangerous. Music and sound design of any kind are just about nonexistent throughout the entire campaign. The shooting gameplay is about as entertaining and varied as staring at a wet fork for half an hour. When it comes down to it, Slave Zero isn’t the worst Dreamcast game in existence. It’s just inexplicably, unjustifiably flavorless. 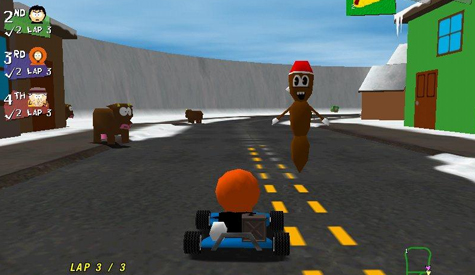 John Doherty: You guys remember Kart racing games? There was so many crappy ones coming out back then it was hard to keep track of. One of the worst has to be this pile. South Park Rally is a game that was made purely to cash in. South Park was really big at the time and so were Kart Racing games. Some fat cat executive somewhere probably thought it was a genius idea to marry the two. Spoiler alert, he was wrong. The game has some of the worst controls out of any racing game around. A small nudge of the controls will send your character flying way off course. The UI also explains nothing to the player, so getting turned around or completely lost will happen all the time. The game tries to be charming in the South Park style but almost always falls flat. I swear I’ve heard some of the someone liners in the South Park FPS. I really enjoy South Park but would never buy this game for my collection, not even in the hipster sort of ironic way. 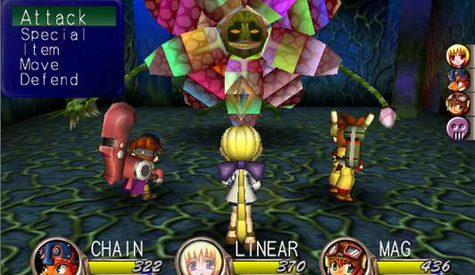 Mike Kyzivat: This Game is Boring!!!! That about sums it up. The graphics are ok and the animations are fine, but the game is just hopelessly, insultingly boring. I’m sure there are worse games out there, but this one deserves a mention because of its sesame street level of gameplay. This game is punishingly easy. Not only does this game assume you’ve never played an RPG before, but it also assumes you’ve never played a video game before as well. Using two attacks you can beat the game. Yes, even the last boss will fall for this “strategy”. The main character has a move where he screams into a giant bullhorn, which somehow scares the enemies so bad that they can’t attack until their next turn, so then you just use the other two people in your party to wail on the poor startled bastard until he dies, or it skips the enemies turn and you get back to using your main character and scare the beejesus out of the enemy again. That’s all you need. They should have named this game: “my first RPG”. 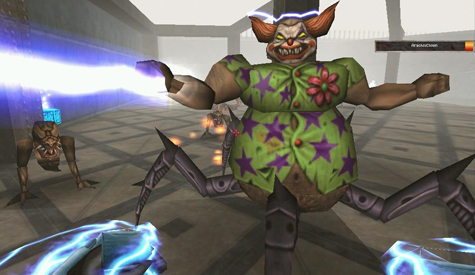 Scott Morrison: When I was younger, before I got into music, I honestly thought that the band KISS was some sort of TV show due to all the merchandise flooding Spencer Gifts in the mall with shot glasses, t-shirts, playing cards, etc. I want to reassure you that the video game KISS Psycho Circus is not worth any more than a single KISS shot glass.

Apparently, KISS Psycho Circus is a game based off a comic book based off the rock band’s single, “Psycho Circus.” With that kind of lineage, you know you are getting into some quality endorsements. The game itself looks like someone took an early build of Assassin’s Creed or any 3D Prince of Persia and covered it in feces, and then decided to make the game a first-person “shooter.” The enemies attack faster than you, and are usually composed of polygonal monstrosities that could only be considered inhuman creatures. Also, the enemies will attack you in swarms with melee-based creatures while another more powerful monster is firing lightning or something else at you. KISS Psycho Circus becomes too challenging too quickly. You would be better off playing Quake III, or even Quake I for that matter.

I did not play all the way through KISS Psycho Circus, and I don’t recommend anyone else attempting the feat. 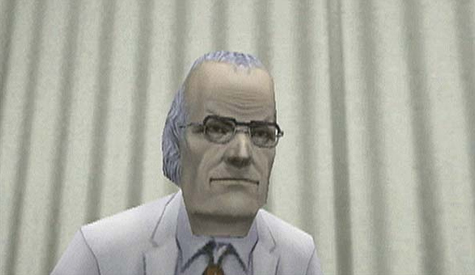 Tom Kyzivat: I haven’t actually played this game, only watched Mike play it, but I really don’t think you need to play it to appreciate how terrible a game it is. To be fair, I understand the plot of the Ring series, independent of this video game, took some terrible turns in Japan, after the initial film–that the curse did, in fact, become a video game that killed you, and had something to do with telekinetic powers and all that crap–but there’s still no excuse for this game being a cheap knock-off of a real survival horror game. You could argue that it was doomed from the start because of the plot, but they could have at least tried to make a functioning, entertaining game out of it. 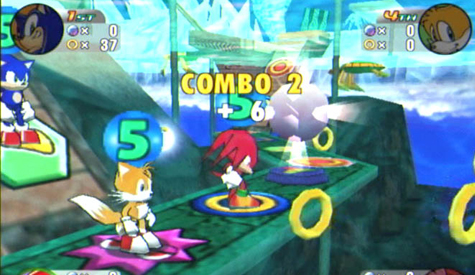 John Doherty: Sonic Shuffle is a game I was unlucky enough to have played a lot of as a kid growing up. I had a cousin whose home I frequented quite a bit and this was one of the two games he owned. Needless to say I’ve put some hours into this stinker. Moving around the board is a frustrating and drawn out affair. Once you do finally get to a mini game spot you realize how incredibly difficult and needlessly complex they can be. Luckily I have actually played games where the randomness of the movement has allowed me to skip the mini games altogether. Which is great for two reasons; I don’t have to play the crappy mini games, and I also don’t have to sit through the games obscenely long load times. All in all Sonic Shuffle just stinks of trying to capitalize on Mario Party’s success at the time.