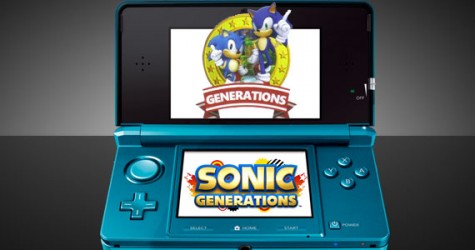 For quite a while, Sonic’s entire franchise was feeling rather backwards. The headlining titles of the series, released on all of the major consoles and developed by a team bearing the blue blur’s iconic name, consistently contained glaring, relentlessly intrusive flaws, while their handheld counterparts, presumably second-string in rank and developed by the Sega’s now go-to 2D Sonic developer Dimps, often ended up getting more critical praise than their superstar 3D cousins.

Now, the console version of Sonic Generations has come and gone, leaving in its wake a refreshing streak of general praise and gleeful optimism for the future—an arguable Renaissance for the series. It’s time to see if Dimps can nail that same target for the handheld market. Do we finally have a line of Sonic games that consistently hit the sweet spot on the 2D front? Or have the tables just turned back around, once again reinstating the dominance of the console version over a potentially underwhelming handheld effort? 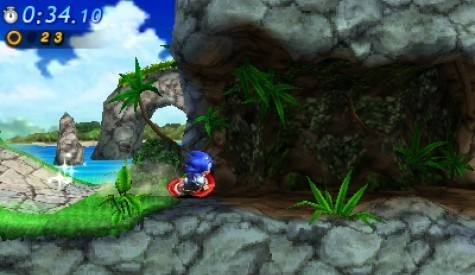 Sonic Generations on the Nintendo 3DS is one of the harshest disappointments I had to deal with this year, games-wise. The game does not only suffer from numerous problems, but also has to be compared to the vastly superior console version. But let’s start with the positive things first.

The graphics and especially the 3D effect look glorious. As in: The best I’ve seen so far on the system. The bummer is that you’ll turn the effect off because of your eyes and your brain and your will for them not to hurt so much. So that pro flies right out of the window. Another plus are the early stages, which are well done and a lot of fun to play. 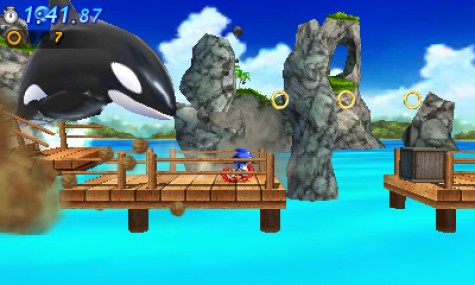 As soon as you get out of the Genesis/Mega Drive based zones however, the game becomes much worse. The level design focuses so much on boost, homing attacks and deadly pitfalls that you’ll run into one sudden death after the other. Even after you get the hang of the design, it’s not all that much fun. Levels are over far too quickly, there is a very small selection of them and there’s a general lack of variety. I also have to question what logic was involved when they chose the levels. Why did they take Water Temple from Sonic Rush? I hated that level in the original and I hated it here!

After two hours, you’ll be done with the campaign. After that, all you have is time trials and some uninspired unlockable missions. They don’t compare well to the bonus missions from the console version and it still doesn’t add that much variation.

Overall, there just isn’t the quantity or quality to justify the price of demand. 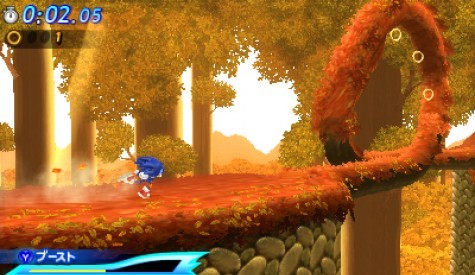 Sonic Generations 3DS is a good game with a real identity crisis. The development team, Dimps, seems to have had trouble figuring out a goal for this title.

Nowhere is this lack of an identity clearer than in the levels selected to be ‘remixed’ for this game. In many ways, Sonic Generations 3DS feels like an ode to levels from Sonic games that have been featured on Nintendo consoles–but if that is the theme, there are too many dubious omissions such as the entire Sonic Advance series, and Sonic Rush Adventure.

On the other hand, there are times when this game feels like an extension of the console version of the game with the same name. If that is the case, however, I think Sega did not keep a close enough eye on Dimps because the classic Sonic section of the game feels contrived and tacked on. The end result is a solid title whose reason for existing is unfairly open to scrutiny. If this game had not tried to offer two “styles” of game play that are so near each other in practice as to be redundant, the overall package would have been easier to appreciate on its own merits. 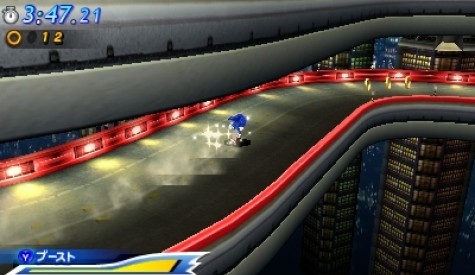 Outside of these issues, Dimps does need to be applauded. Sonic Generations 3DS is a solid game boasting solid controls, visuals, and impressive audio. The 3D effect is well done; The 3D graphics are unobtrusive, subtle, and optional. On a negative note, Sonic Generations 3DS also features missions similar to those in the home console version but the implementation is clumsy and you will find yourself needing to use those tokens the 3DS awards you for walking around with the game system on your person. It is neat to see that feature implemented by something besides a throw-away Nintendo application but completionists will find themselves hating this.

Sonic Generations is the finest portable Sonic I have played since Sonic Advance. It feels like Dimps has finally broken away from re-packaging Sonic Rush. The game is, however, hamstrung by a premise and gameplay convention that does it no favors.

Expect to enjoy this title as much or more-so than the other portable Sonic games Dimps has been pumping out for years now. Do not expect to be as blown away as you may have been with the home console version of Sonic Generations.

Play tennis with Sonic for just $4.99 on this XBLA sale