Chase Cold Case Investigations ~Distant Memories~ is a 2016 3DS eshop title published by Aksys Games and developed by Arc System Works. Arc System Works is known for making cheap and short eshop download-only titles alongside the bigger fighting games they release, but this one has caught many peoples’ attention because it’s the first time in years that the team behind DS classics Hotel Dusk: Room 215 and Last Window: The Secret of Cape West have been brought together to make a game since their studio (Cing) declared bankruptcy. With the whole team here, the hype among fans of the older games has built up quite high for Chase to be a success. I’m one of those people, to be honest, as I find those games to be some of the finest examples of adventure games on the console. I’m going to try my best not to compare this game to Hotel Dusk and Last Window, but it’s impossible to completely avoid any connections between them. Chase was made, of course, to be a callback to them, and there were a lot of emotions surrounding those games never having a successor that came back to me while playing this. I think the developers felt the same while making this.

I think one of the most important things to talk about with this game is its length, and that might disappoint people when they hear it, but bear with me. I was able to complete this entire story in a night, and I think I clocked in a total of around 2 hours to finish it. This game is releasing at only $6, so I wasn’t expecting a full length game, but I was kind of surprised. It follows only one case in the lives of detectives in the Cold Case department of their precinct, and is set up to make way for potential sequel stories if this does well, so I felt the length fit. It’s short and sweet and really doesn’t linger any longer than it needs to. I was glad that the developers didn’t stretch out the limited assets and budget given them to try and artificially lengthen the game.

Being a story-driven mystery game, the plot is the biggest part of the game. It’s a text-based visual novel, with a few investigative scenes thrown in there to add variety. You play as detectives Shounosuke Nanase and Koto Amekura, who are trying to solve the mystery of a dubious explosion that took place in a hospital five years ago which was deemed an accident. Nanase is the lead of the department and is stern, deductive, lacking motivation for most things in life, and observant. He’s the kind of person to be a bit jarringly honest and a little brutal, but deep down has a heart of gold. Amekura is his assistant, and is young, motivated, smart, and seems to seek approval of her boss. I focus on these character traits because there is very little backstory presented for these characters, except for a couple things about Nanase that are sprinkled throughout the story and come back at the end to provide a pretty shocking twist that had me excited for where a sequel could go. Without spoiling anything, the story was complex enough to keep me entertained during its short run time but a little predictable (except for the aforementioned plot twist) in a couple of spots. It can get pretty emotional at times, and it’s written very well. The story felt very much like a Cing game as well, and was enjoyable from start to finish.

During your investigation, you’ll make deductions, investigate old photos taken of the crime scene, and interrogate witnesses. Choices are made during deductions and interrogations, and if you make the wrong choices too many times, you get a game over. You can save at any time, and if you are unlucky enough to get a game over you can just retry from where you failed, so the game isn’t really that difficult. You really only have the before and after of the crime scene to examine for clues, and I really wish there was more to investigate. You also don’t really leave the precinct at all during the play time, which is a bit disappointing in comparison to the first-person exploration you got to do in the previous games. I wish there was a bit more going on in terms of gameplay, but it does a damn good job for what it is and was interactive enough to keep me engaged. There was only one “puzzle” that really had me guessing for a couple minutes, but there weren’t really any mind-boggling or unique ways to solve problems.

There’s a really distinctive style that this game has going for it that you’ll rarely see in what I will deem the “cheap eshop” genre of games. I honestly couldn’t tell if it just had really well-animated 2D sprites, or really good 3D models that looked perfectly 2D. The colors and art style makes you feel like you are watching a crime mystery happen, and the font choice for the text goes with it as well. The characters and action appear on the top screen, while text and investigation scenes are on the bottom. I felt this worked well, as the stylish cuts and camera angles were never interrupted by dialogue. There are great camera angles to go with it, and cool cut-ins during serious moments that legitimately got me excited. The characters are never really just still portraits talking- they move and feel alive. I’d say the visuals and presentation easily make up for the short length.

Hotel Dusk and Last Window are remembered fondly for their jazz-like soundtracks that make the player feel like they are detectives solving a mystery, and boy does this game follow in its predecessors’ footsteps. It’s not as jazzy as those ones, but there are definitely hints of jazz thrown in. There are really only a handful of songs in the entire game, but each one makes the mystery presented to you come alive as you partake in it. The soundtrack for this game got me unbelievably nostalgic, and it feels like a love letter to those who fell in love with the fantastic music during Kyle Hyde’s adventures.

All in all, I’d say that this game is an absolute steal for only $6. The characters were well-written, the story was enjoyable, and the presentation was fantastic. I really want to see more games come out from this team, so I urge you to support this release. It seems to me that the way it ends with a sequel in mind was for if it does well financially, so I would highly recommend checking it out if it sounds interesting. For $6, there’s not really much to lose for a short and sweet murder mystery by a group of people passionate about making quality mystery games with a lot of heart to them. 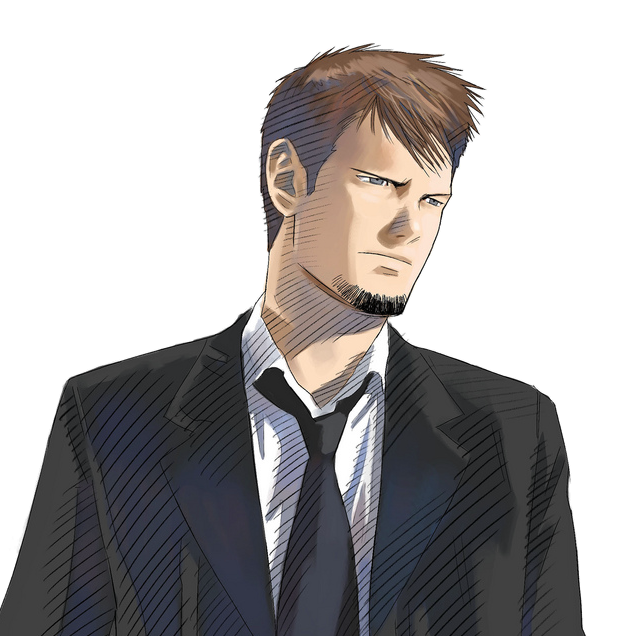 The 3DS port of Devil Summoner: Soul Hackers gets a sweet new trailer

Shinobi 3DS has a ‘making of’ video