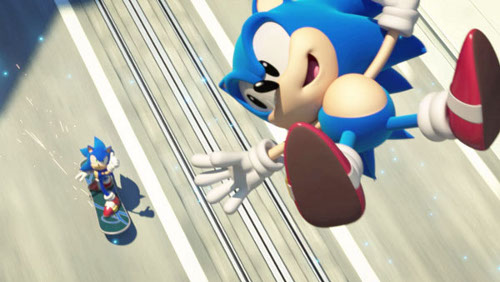 While it’s certainly made an impact with the gaming community at large, it’s interesting to see how well Sonic Generations sold to the world at large. Well so far it seems to have gotten a big reception in the real world too as the game is still in the UK charts, currently holding the 25th position. Just beating Kinect Sports but falling behind Rage.

In the UK console charts however the game is doing better at number 13 for the PS3 and number 19 in the Xbox 360 charts. It’s also quite high up on the PC chart holding a current position of 8 overall. You can check the charts for yourself here but as it seems, so far Sonic Generations is staying on the chart for a little while longer, at least in the UK.