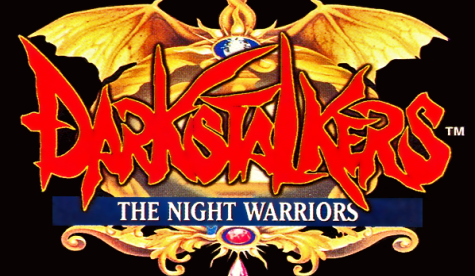 Reviewing Darkstalkers: The Night Warriors is turning out to be more difficult than I expected it to be. I volunteered for this, you know? Now here I am on a cold, wet Sunday afternoon, drinking mimosa number five, conversing with my cat, and trying to wrap my head around the number of facets that need to be taken into account. How do you gauge the worthiness of a digital download port of a seventeen-year-old game in a series that not only has numerous, better sequels but is also in dire need of a new release?

Should I don my rose tinted glasses and be kind in reviewing this game, satisfied that at least Capcom apparently has some sense of what their fanbase wants? Or should I judge it more harshly, more spitefully, as a shameless money-grab and an act of pandering by a company who tends to take the easy way out? 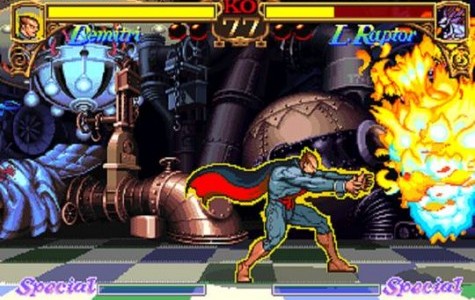 Originally, Darkstalkers: The Nightwarriors was an arcade game for Capcom’s proprietary CPS2 arcade hardware. It was released in 1994 in an attempt to keep that sweet, sweet arcade money coming in without having to further dilute the Street Fighter II brand. In a sense, Darkstalkers was the herald of an intra-company renaissance of sorts, the first game in a series of new titles that sought to mimic the Street Fighter formula without being too obvious about it.

The premise of Darkstalkers is essentially a Street Fighter game, minus the Street. Wandering martial artists and drug lords are replaced with wandering monsters and a vampire lord. The gameplay is virtually identical to post-Champion edition Street Fighters. If you know what QCF+FP means, you are ready for this game. If you are confuzzled, do not fret: Darkstalkers hails from the golden age of arcade simplicity and mastering the game only takes a little patience and a willingness to develop callouses on your thumbs. 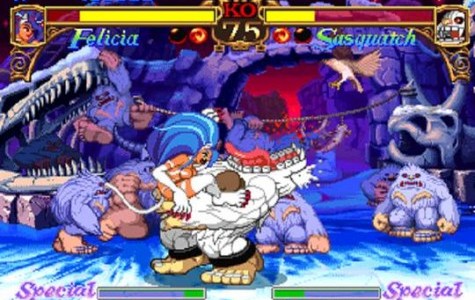 This particular port of the classic CPS2 arcade game was originally a launch title for the Sony Playstation. While the Playstation’s inability to properly render sprites required that some compromises be made in the port, the game translated over fairly solidly with only a few frames of animation dropped from CPS2 original. Unfortunately, while coding trickery can overcome a visual ram deficit, in the mid-1990’s load screens for disc based game systems were akin to death and taxes. They were just a thing that was and you lived with it. The 1990’s, for better or for worse, are far behind us now. Maybe it is a sign of the times in which we live but I find it mildly offensive to sit through load times for an emulated version of an early PSX title. Internally, I am unable to overcome my knowledge that the entirety of the game is sitting there on a high-capacity hard drive. Why are there loading times? There is no disc to spool data from. 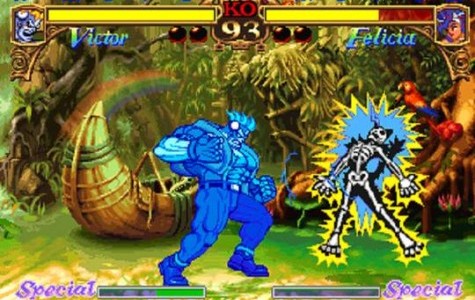 Okay. I just poured mimosa number six. Feeling nice and saucy, now. So saucy, in fact, that I’m going to ask you to take everything I said leading up to this paragraph as the gospel truth…and ignore it. At the end of the day, despite the techical issues surrounding this game, Darkstalkers is incredibly fun. Each of the characters is a hoot, borrowing liberally from some aspect of popular Western folklore. You have a succubus, a vampire, a werewolf, a Frankenstein monster – it is like you have gone to a high quality haunted house and all the costumed employees are martial arts masters. The various levels fit this theme of campy horror well and are filled with small touches like destructible set pieces and active back grounds. The artwork is typical of the X-Men vs Street Fighter era at Capcom – detailed sprites, vibrant colors, and a slightly-Japanese cartoon-ish art style. If I had to apply a single sentence description to the art style of this game it would be “Over the top campy-ness”. 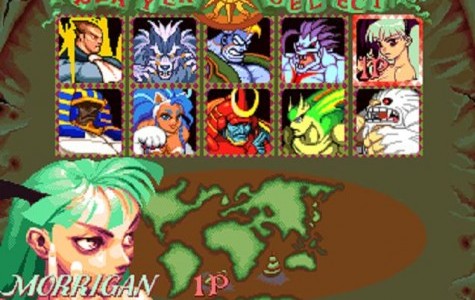 The game play is solid. If you are at all familiar with Street Fighter Alpha 2, you will be right at home here. Most of the characters borrow liberally from the movesets of their more well-known World Warrior cousins and anyone with any 2D fighter experience will find themselves rarely referring to any move list.

Darkstalkers also has an incredible sound track of synth-rock. Few of the themes are terribly memorable but they do quite a bit to keep your energy level up.

As we move to mimosa number seven and with it the end of this bottle of champagne, I find myself still facing the predicament that I explained to you, the reader, as a ploy to hook you into reading this review: How do I look at this game? On one hand it is a lot of fun and easily worth the $7 asking price. On the other hand, in offering this game Capcom is implicitly admitting two things: That they know the fanbase is eager for a new Darkstalkers and that they, as a corporation, would rather continue their current trend of repackaging content rather than take any kind of risk to bring something new to the market.

Ultimately, I have to conclude that it is unfair of me to criticize Darkstalkers: The Night Warriors for reasons that did not exist when it first came to market along with the fledgling Playstation game console. The game is pure arcade fun and although it would have been nice to see it optimized for PSN akin to King of Fighters ’94 (online play would be very nice), the title itself should not be blamed for Capcom’s epic laziness and risk-adverse business model. This game also should not be disparaged simply because better sequels were released on competing hardware, i.e. the Sega Saturn. Without a doubt, Darkstalkers: The Night Warriors is still a proven crowd pleaser and a welcome change of pace when you grow tired of throwing hadoukens. It is more than worth the modest asking price.