Every once in awhile, there comes a concept that’s so outlandish and weird, it just might be crazy enough to work. Fighting games with characters based off of 80’s hair metal bands, RPGs where all the characters are humanoid off-brand video game consoles, what would happen if Japanese history were laced with cocaine and steroids, and so on. Now in this long line of unexpected crossovers, Tamsoft has bestowed upon us Drive Girls: the terrifying love child of Senran Kagura, Transformers, and Initial D.

Tamsoft has become a fan favorite in recent years for their fanservicey takes on the Musou genre, with series like Onechanbara, their many spinoffs of the Neptunia franchise, and the aforementioned Senran Kagura holding down supportive, if niche, fanbases and decent reviews. Can Drive Girls add itself to that list? 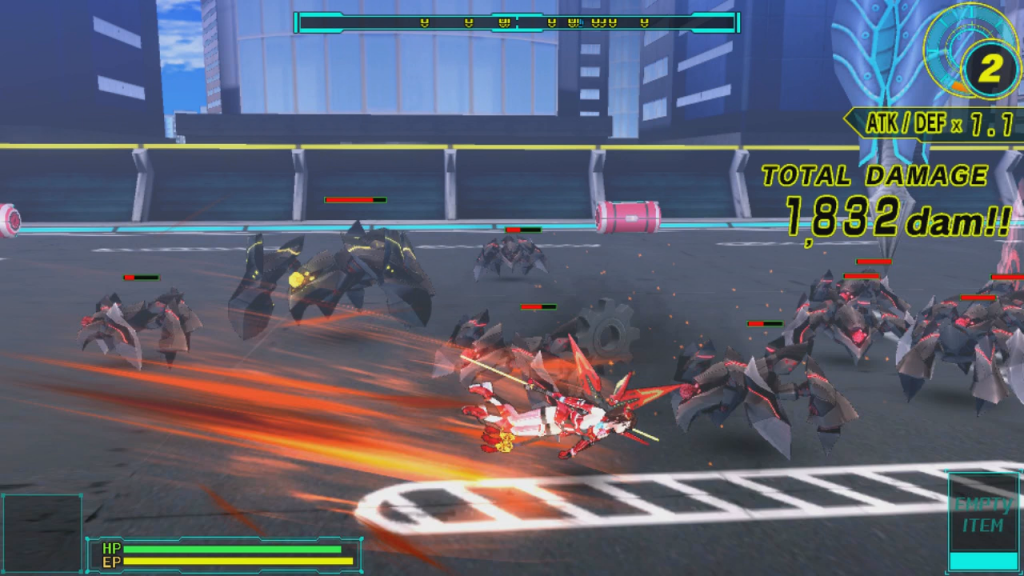 When I was first told about Drive Girls, it seemed like the perfect blend of things I like. Japanese sports cars mixed with Sengoku Basara-style gameplay, and a setting similar to Transformers, Neptunia, and even Earth Defense Force thrown in for good measure? Sign me up! But what you’d expect would be my dream game is honestly more like a nightmare. Let’s start with the good: The localization is pretty okay! And… Yeah, I’ve got nothing else. Drive Girls is a disappointment in so many ways, it hurts.

Graphically, while the character designs and models are decent, they’re nothing special, and textures are muddier than usual for a Vita game. This could be forgiven if the things surrounding them were any better, but they’re not. Enemy designs are as generic as they can be, and the worst part is the levels. Once you get out of the tutorial episode, the only thing that really changes between each locale is the barely noticeable .JPEG background and a couple obstacles. Level layouts are reused constantly, and even as early as Episode 3 in the story, you’ll be begging for something different. Add in grating voice acting and generic music, and the presentation alone is enough to push someone away. 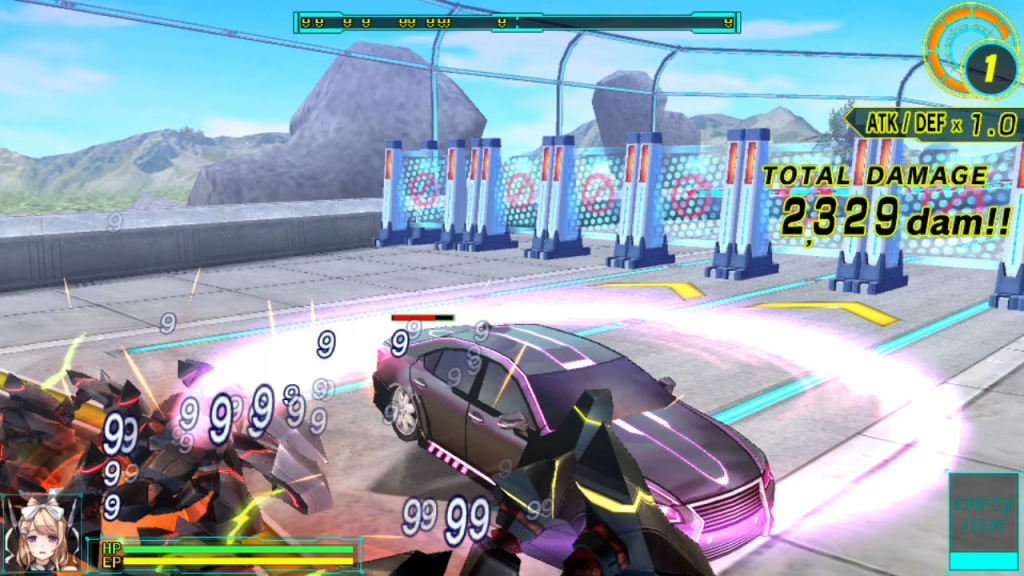 If you decide to stick around despite all that, though, you’re rewarded with some of the worst Musou gameplay ever presented. It blows my mind that something this clunky and uninspired could come out of Tamsoft. Their Neptunia games were good fun, and I can at least admit Senran Kagura is a competently made brawler, so I can’t figure out just how they dropped the ball this hard. None of the characters are much fun to use, and fighting isn’t helped by one of the absolute worst action game cameras I’ve ever had the displeasure of dealing with. It gets even worse in later levels, where a thousand meter high difficulty spike comes in, complete with Tamsoft’s trademark clothing break defense nullifier.

The most disappointing thing is that the game even fails at its main gimmick. You’d think the ability to transform into cars on the fly would be a lot of fun, and Transformers Devastation proved that it can be done well, but all it serves to do in Drive Girls is awkwardly break the flow of battle, and there’s absolutely no point to using it. Battling in car form is even worse than in human, with the camera being even jankier, and taking just one hit will knock you out of the form. There aren’t many attacks, and what few you get in the form are incredibly weak. The gameplay will also occasionally change to Race Battle mode, where you take on a rival for five laps around a course, but even this is a failure. When I wasn’t turning back into a human when trying to use the Boost button, because for some reason that’s not disabled in the dedicated car racing mode, I’d often find myself dozing off during these segments. There’s no challenge from the AI, and the courses are so poorly designed there’s no fun to be gained from even just driving. 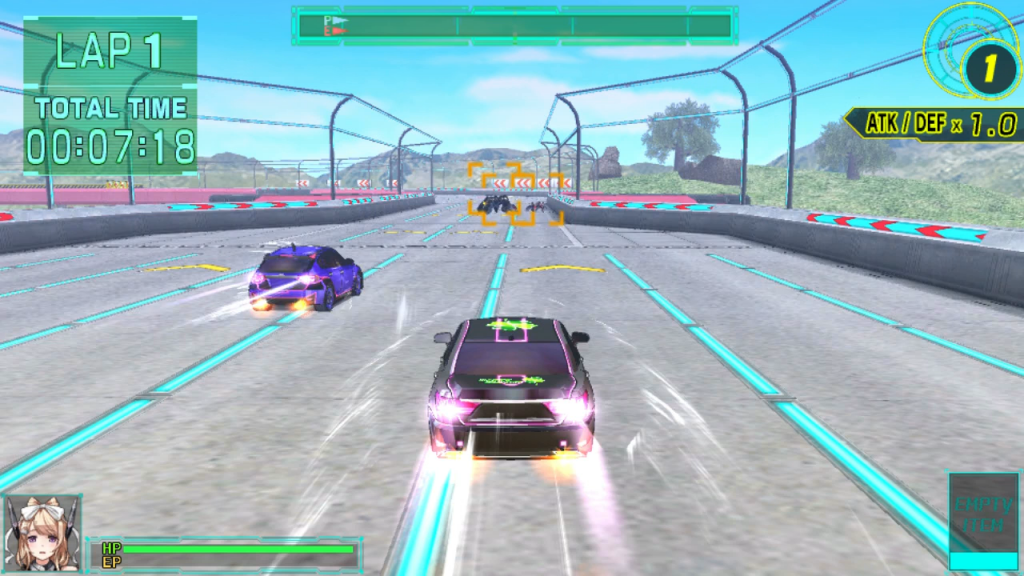 So you’d think, okay, the gameplay is bad, but maybe it’s the same situation as the first Neptunia game, where at least the story and characters were charming. But sadly, Drive Girls doesn’t even have that. Characters are one-note tropes that really have no function other than eye-candy. About the only clever thing was the copyright avoiding name of the lead heroine, Lanciera Revolution. Which… Well, it isn’t great by any stretch of the imagination. The weak story failed to get its hooks in me and motivate me to keep dealing with the game, turning the whole thing into a gigantic chore that by the end of, I was less proud of my accomplishment and more thankful to any possible deity that it was over.

I really did want to love Drive Girls. It really seemed like it’d be goofy enough to work, and right in my wheelhouse. On paper, it’s a fun concept that could’ve been a great time and maybe even gained the same type of machine-turned-human parody notoriety that Neptunia enjoys today. But sadly, Drive Girls takes the wheel of that fun concept, falls asleep, and crashes head-on into a brick wall. 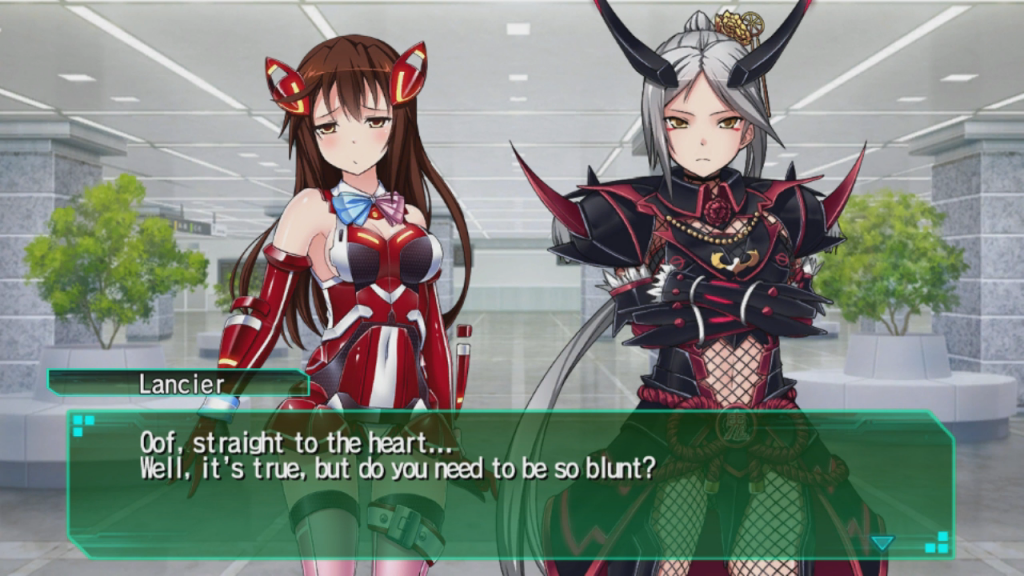 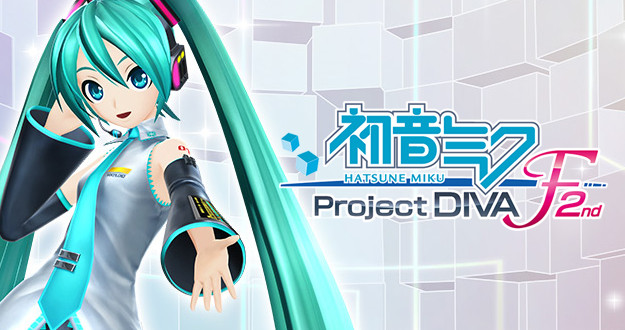 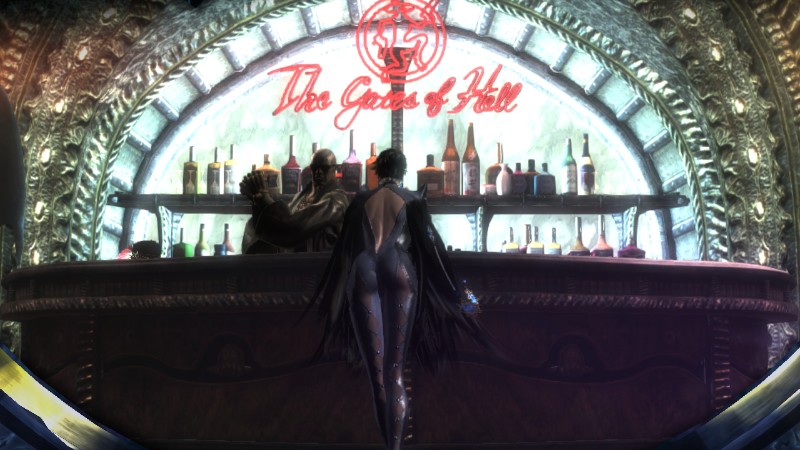 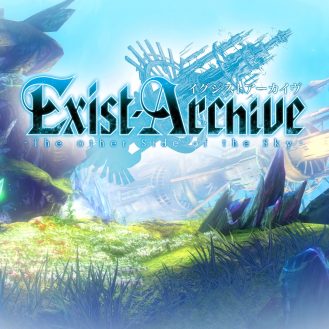