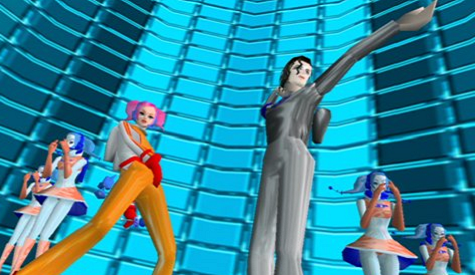 Siliconera have recently published an excerpt from an interview they held with Jake Kazdal about his latest indie-game development, Skulls of the Shogun due for release on XBLA and Steam later some time in the near future. However, they couldn’t help but ask Mr. Kazdal about his time spent working with Sega , or more specifically Space Channel 5 and its sequel, and how it came about that the King of Pop himself, Michael Jackson, made an appearance in the game as ‘Space Michael’.

As it turns out, the single main reason Michael Jackson was in the game was simply because he really, really wanted to be. Awesome! Click on the source for the interview transcript.