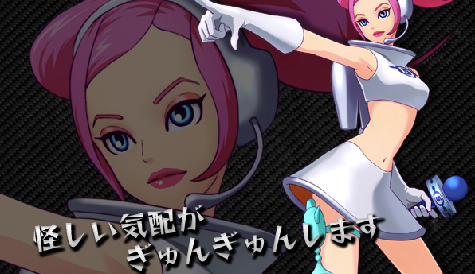 Following tease, after tease, after countdown, today has finally seen the official unveiling of the Japanese website for the Sega, Capcom and Bandai Namco collaborative RPG project for the Nintendo 3DS, Project X Zone. At this moment in time, the site only has an ‘About’ section, detailing the premise of the game, and an ‘Entry’ section, which contains sound bites for almost every character as well as plenty of screen shots. It is clear, however, that the content of the site will be expanded over time.

Although not everyone is chuffed with the news of the game being an RPG as opposed to a fighter of some sort, I’m content with the direction the game seems to be going in, and the website has captured my attention well. If the striking music, which sounds like it’s come straight out of a Megaman X game, is anything to go by then we’re in for a real treat. Opened up the site and started involuntarily air guitaring like I did? Let us know in the comments below!

Ulala returns with Space Channel 5: Part 2 on PSN and XBLA