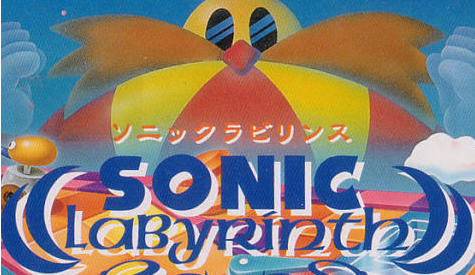 Not wanting anyone to feel left out, Sega will be making the infamous Game Gear Sonic title, Sonic Labyrinth, available for purchase through the Nintendo 3DS Virtual Console tomorrow, May 16th. Most would consider this to be the worst of all the several Sonic Game Gear offerings, and potentially one of the worst Sonic games ever made, due to a lack of ingenuity, poor controls and the complete removal of one of Sonic’s key characteristics, his speed.

I’m personally puzzled as to why Sega simply didn’t let the game to R.I.P. on the Game Gear after its initial poor reception and subsequent criticisms by fans every time they include Sonic Labyrinth in another compilation or set of unlockable ‘bonus’ games. I don’t believe that re-releasing this game in any territory will do anything good for Sega or the Sonic brand, but as far as I know, the game may very well be a cult classic back in Japan. Had an experience with this game in the past? Feel up to talking about it? Let us know down below!

The Sonic Generations documentary has an extended cut

Spiral Knights gets a chilly update