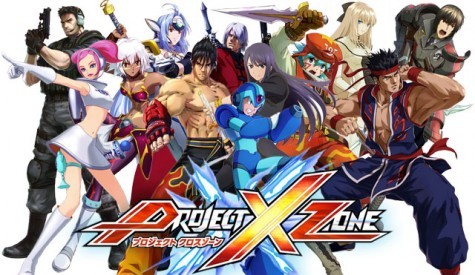 When you consider the magnitude of a mash-up game that mixes the libraries of giants like Capcom, Namco Bandai and Sega, the potential for content is nothing short of staggering. Even if it is on the 3DS, this game has got to feel huge and hugely ambitious if it wants to pay proper respect to the rosters of all three publishers.

In terms of voice acting, it certainly looks like they’re on the right track to achieving that lofty goal. Namco Bandai recently announced that voice recording for Project X Zone is nearly finished, with a cast of over 70 voice actors lending their dulcet tones to the soundtrack. The trailer we saw some months ago promised more iconic characters than have been revealed thus far, so this number could point to one hell of a mash-up party…. That is, if these are indeed voices for playable characters.

The only downside to this news is that we still have not heard a word about a Western release. Localizing this many voices could prove mighty costly, and I’m not sure Namco Bandai will be willing to take that kind of financial risk on a 3DS RPG. I could be wrong, but I wouldn’t get my hopes up if you don’t live in Japan.

Total War: Shogun 2 – Fall of the Samurai gets pre-order DLC on Steam