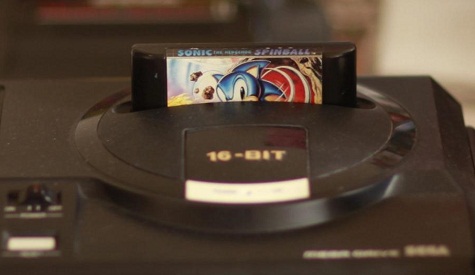 Nostalgia in the realm of gaming is a powerful thing. Decisions made when buying games old and new are often influenced by our perception of the experiences we had with similar or related games as children. For better or for worse, many of these experiences become exaggerated over the years, but are left unchallenged by the adult gamer, leaving these games mentally black listed unjustly.

Recently I challenged the condemning opinions I had formed in my youth of one of Sonic’s early spin-off titles. In doing so I radically changed my whole outlook on the game in question but also recounted the nostalgic story of my wanting of the game, acquisition of the game and my memories of those precious first playthroughs. Join me as I revisit the Sonic oddity that is Sonic Spinball.

Oh, those mid-nineties days where I truly believed anything with Sonic on meant pure, unbridled fun. I thought Sonic Underground was worth watching, considered Sonic the Hedgehog in Robotnik’s Laboratory my bible even managed to nag my parents into taking my brothers and me to Sega World, London. Every night of every summer I would drift off to sleep in my Sonic & Knuckles boxer shorts, staring at the Sonic Spinball box-art poster stuck securely to my wall next to my bed with tremendous amounts of blue tack. 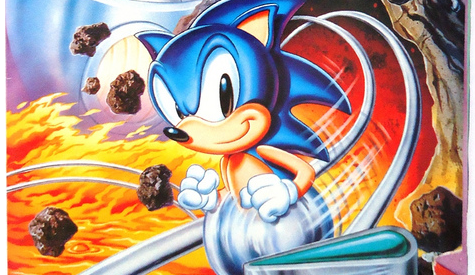 Such adverts for Sonic Spinball helped my young mind conjure fantastic images of a game where Sonic would speed through fields of larva, running, jumping and rolling on pinball ramps and flying up chutes, chasing or being chased by the evil Dr. Robotnik. Unfortunately, the ambiguity of these adverts and the difficultly of getting any games at all during those younger years of my life resulted in me playing it safe and getting the main games in the Mega Drive Sonic series before setting my sights on spin-offs.

My uncle gave a somewhat confusing description of Sonic Spinball as he handed it over to me as an eventual birthday/Christmas present, which was along the lines of:

Well, you start off underground in one pinball machine, then you have to hit some switches before you can enter another pinball machine so that you can get an emerald. Once you get a few more emeralds you can fight the boss. I didn’t play for long.

Upon playing the game myself, I found the above description fitting my experience to a tee, especially the last part. What was I supposed to be doing? Where’s the end of the level? Why were there emeralds outside the special zones? Why is the music so different? Why doesn’t this feel like a Sonic game…? I found the game punishingly difficult as a child and rarely made it to the first boss, let alone beat it. And so Sonic Spinball remained an unplayed and unwelcome guest in my Mega Drive collection for many years, at least until a few weeks ago when I got both the music for the Toxic Caves and the Lava Powerhouse levels stuck in my head seemingly out of the blue, resulting in me whacking the game back into my Mega Drive for one more go. 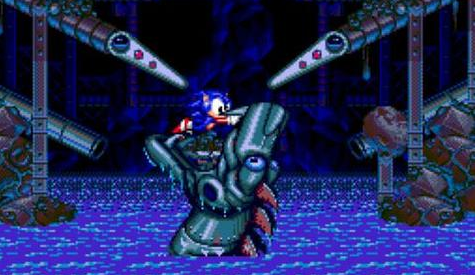 Knowing vaguely what to do from failed attempts during my youth, I made quick work of he first level, surprising myself at the seemingly better control I had of both the flippers and of Sonic himself when in the air. In addition to this I was better able to grasp where in the level I had been, what I had done there, and where I needed to be in order to progress. Spinballing through the second level, which I had done only once before as far as I can remember, I unfortunately left my comfort zone and met my maker in the third level, The Machine. However, and most importantly, I thoroughly enjoyed myself.

The following Monday’s train journey to work saw me contemplating why exactly I enjoyed the game more this time around. Knowing now that the game was developed in its entirety by the American Sega Technical Institute as opposed to Japan’s Sonic Team, made the elements I found as odd more understandable; modern pinball machines are, after all, an American invention. The soundtrack, clearly of Western design, suites the mood of the game as well as the levels they feature in and are extremely catchy. 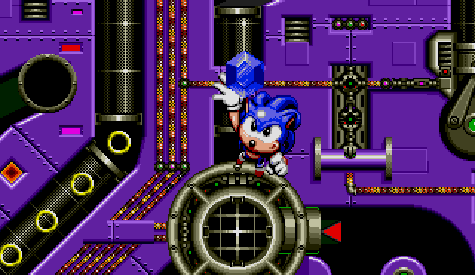 With multiple pinball boards as well as objectives which often involve changing the game environment in some way Sonic Spinball has a feeling of progression through the levels, instead of simply aiming for that high score. Being able to control Sonic as he flies through these boards helps add to the feeling that you are in fact playing a Sonic game and acts as a nifty feature that isn’t found in other pinball games, a feature I would have ever appreciate as a child.

Not only has my opinion of the game changed completely in just a few playthroughs, but now I am completely hooked, playing the game several times every weekend. I’m now at the point where I can get to the final level without dying, with some extra balls to boot. The last level is brutal to say the least, but I find myself getting a little bit further every time I try, an experience that defines retro gaming so well. 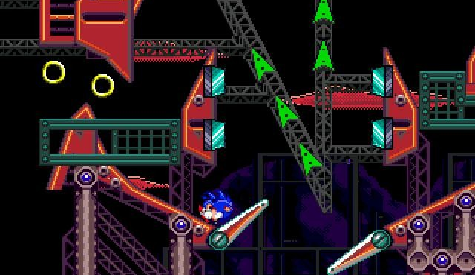 I’m extremely glad to have chosen to play Sonic Spinball again as an adult, shrugging off the dissatisfaction I felt when playing the game as a child, and I now consider it to be a legitimate entry in the Sonic series. This very same experience is one I have heard felt by many Sonic fans coming back to the game, so if you have yet to do so, I urge you to give Sonic Spinball one more try.